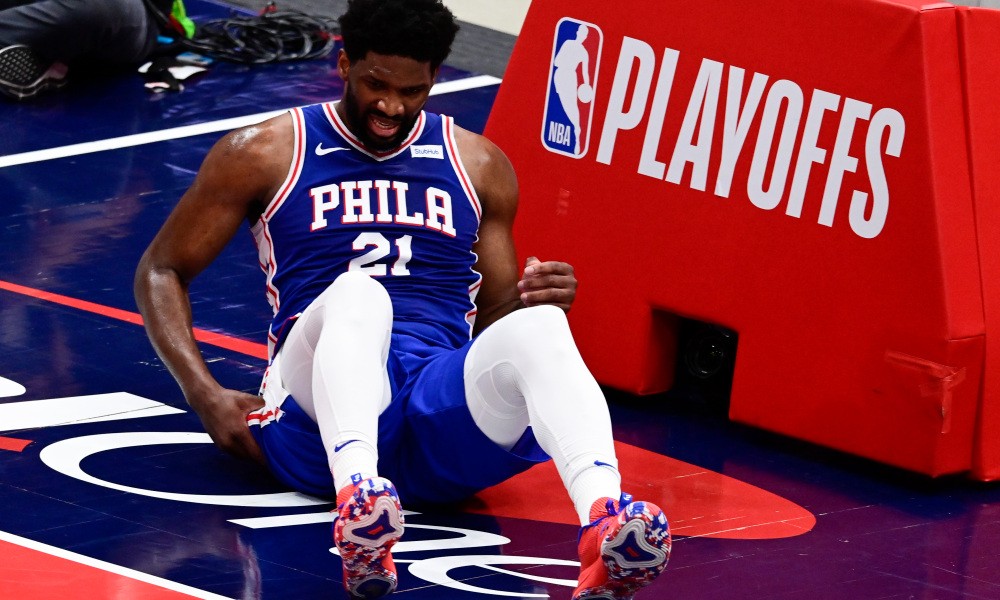 With 4:44 left in the first quarter, Joel Embiid drives hard into the paint looking for a poster. He went up, missed the dunk, and fell back-first onto the court. Because of his hard landing, he couldn’t run up on defence. The Philadelphia 76ers called a timeout and Joel Embiid left the game.

Joel Embiid did not return for the rest of Game 4 causing the Wizards to win the game 122-114.

After Joel took that hard fall and left the game the 76ers crumpled in front of the 8th seed. Philadelphia was up 3-0 entering this game. The ideal situation for them was to play their stars for a bit to not injure them and get the 4th win so that they can prepare for the next round. Yes, this was the complete opposite of what happened today.

The Washington Wizards outscored the 76ers in the 2nd and 3rd quarter 64 to 49. Even though it looked like Russell Westbrook had a monster triple-double he shot just 14.8% from the field. Even Bradley Beal had made just 39% of his shots on his 27 points. It was Rui Hachimura’s 20 and 13 on 66% and Robin Lopez’s 16 points on 72 % from the field that saved them from an embarrassing sweep in the first round.

No Embiid = Easy buckets for the PFs and Centers.

Joel Embiid is expected to undergo an MRI on Tuesday to check up on his right knee soreness. Head Coach Doc Rivers said he does not know of Embiid’s status in Game 5. Joel Embiid, much like AD if not more, is injury prone too. He has missed a lot of games in his career but this season he averaged 28.5 points, 10.6 rebounds on the best efficiency ever for him.

If and when Philly beat the Wizards they will most likely play the Hawks. The Hawks are extremely offensive but they don’t have an answer for Joel Embiid. That series is one where Joel Embiid can dominate every game but for that, he needs to come back. Philly fans and NBA fans alike wish that his injury will not be as severe. Ben Simmons and Tobias Harris need to dial it up to a 100 to finish this series in Game 5 and let Joel get his rest for the next series.