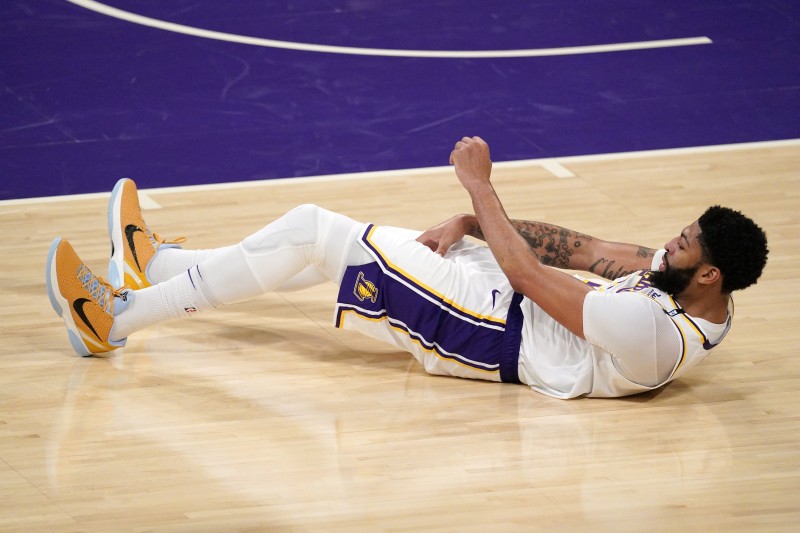 Anthony Davis of the Los Angles Lakers reaggravated his Groin injury in the pivotal game 6 against the Phoenix Suns. The injury occurred early in the first quarter. Devin Booker drove to the rim and his shot was contested by Davis. Devin’s knee made contact with Anthony Davis’s groin and he grasped it instantly and was unable to continue playing. Davis could not have reaggravated his injury at a worse time. The Lakers trail in the first quarter 14-36.

Chris Paul of the Suns also went down in the first quarter when his shoulder contusion affected him when fighting for possession of the ball. Chris has been vital to the Suns this season and will rest in the event that this game 6 against the defending champions is a blowout.

The Phoenix Suns are on the verge of eliminating the Los Angeles Lakers with or without  Anthony Davis. Anthony Davis is not expected to play the rest of the game. Especially in the event of a blowout. Chris Paul continued playing in the second quarter despite not being able to shoot the ball well from distance.  The Suns lead 52-31 going into the half. Chris has led the Suns both on and off the bench.

Anthony Davis is watching from the Lakers' bench after leaving the court midway through the first quarter.

His status for the rest of the game is currently questionable. Given the state of the LA Lakers right now, Frank Vogel would try his best to bring AD back, however, not at the cost of losing him to a much more serious injury.

Does the series end here for LA Lakers if Anthony Davis doesn’t return?

One could argue that even if Anthony Davis was on the court. the Suns could have eliminated the Lakers in 7 games. However, the Lakers are almost certainly going to lose this series. This destroyed their hopes of repeating and impact the legacies of Anthony Davis And Lebron James as being a superteam with a first-round exit in a real playoff scenario.

This is as opposed to playing in a bubble with no travel and home-court advantage. Both teams that won last year in the Bubble have been eliminated in the first round earning the Lakers and Heat the title “Bubble Guppies”