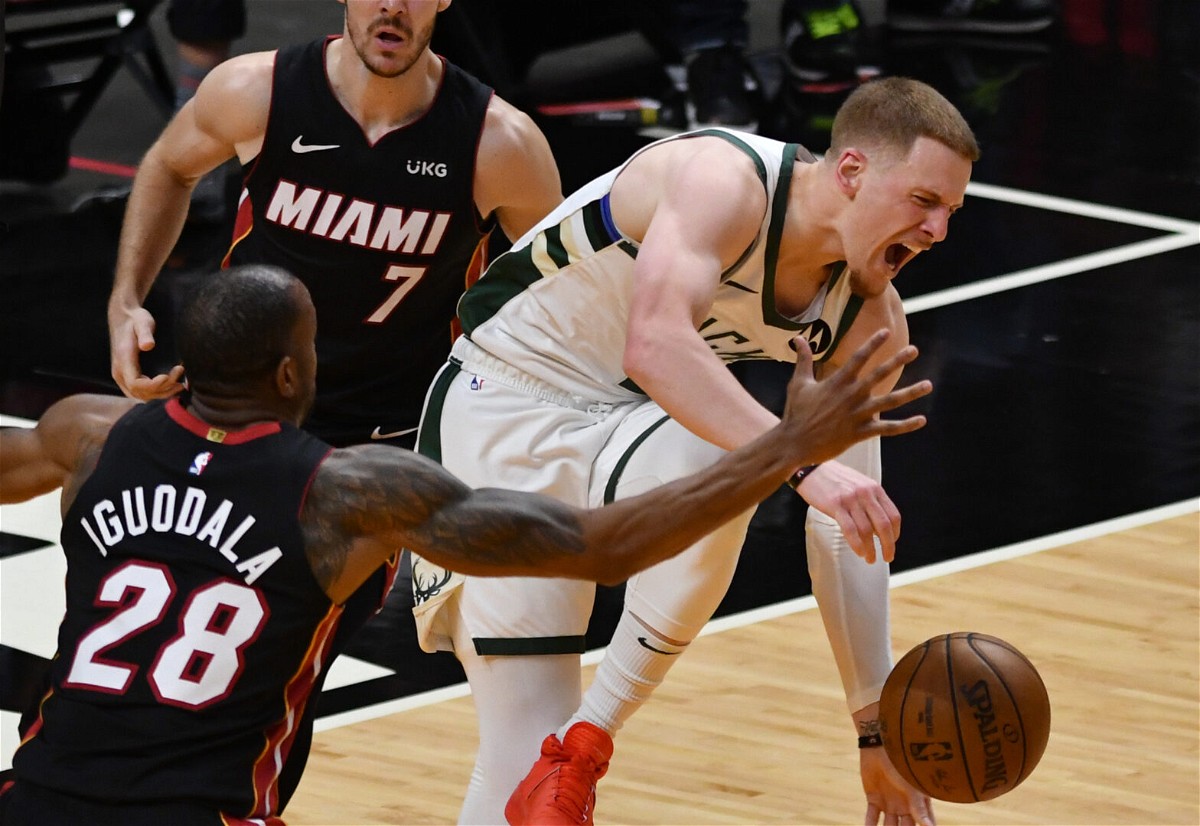 May 27, 2021; Miami, Florida, USA; Milwaukee Bucks guard Donte DiVincenzo (0) gets fouled by Miami Heat guard Goran Dragic (7) in the first half during game three in the first round of the 2021 NBA Playoffs at American Airlines Arena. Mandatory Credit: Jim Rassol-USA TODAY Sports

The Milwaukee Bucks are fresh off a win against Miami Heat going up 3-0 in the first round. Last season Miami was the Kryptonite to Giannis’s Superman. But the reigning conference champions are yet to record a win in this post-season. The Bucks, now up 3-0 with several blowout victories, suffered a setback in Game 3 when Donte DiVincenzo left the court with a tendon injury in the 2nd quarter.

He is now listed out for the rest of the remainder of the season by the Athletic’s Shams Charania.

Milwaukee Bucks guard Donte DiVincenzo has suffered a serious tendon injury in his left foot and will miss the remainder of the playoffs, sources tell @TheAthletic @Stadium.

How will this injury affect Milwaukee’s chances to win the title?

Injuries really inhibit a team’s success whether they are a starter or a reserve. The Milwaukee Bucks have had high-level regular-season success in the last 3 seasons. But the same has never translated to playoff success. To boost their chances they traded away their future for the present and also to keep Giannis in a Bucks jersey for the foreseeable future. And to give credit where credit is due they are making easy work of last year’s finalists.

But it’s not the offence they thrive in, it’s their defence. In Game 3 they limited Miami to just 84 points.

Donte DiVincenzo got the role of starter this season, where he started all 66 games he played. He averaged 10.4 points a game and career-high stats in rebounds, assists and 3 point percentage. Those 10 points are very impressive considering he plays behind Giannis, Middleton and Holiday. The Bucks have had a losing record when he hasn’t played in the regular season going 2-4. His impact is more than just stats. 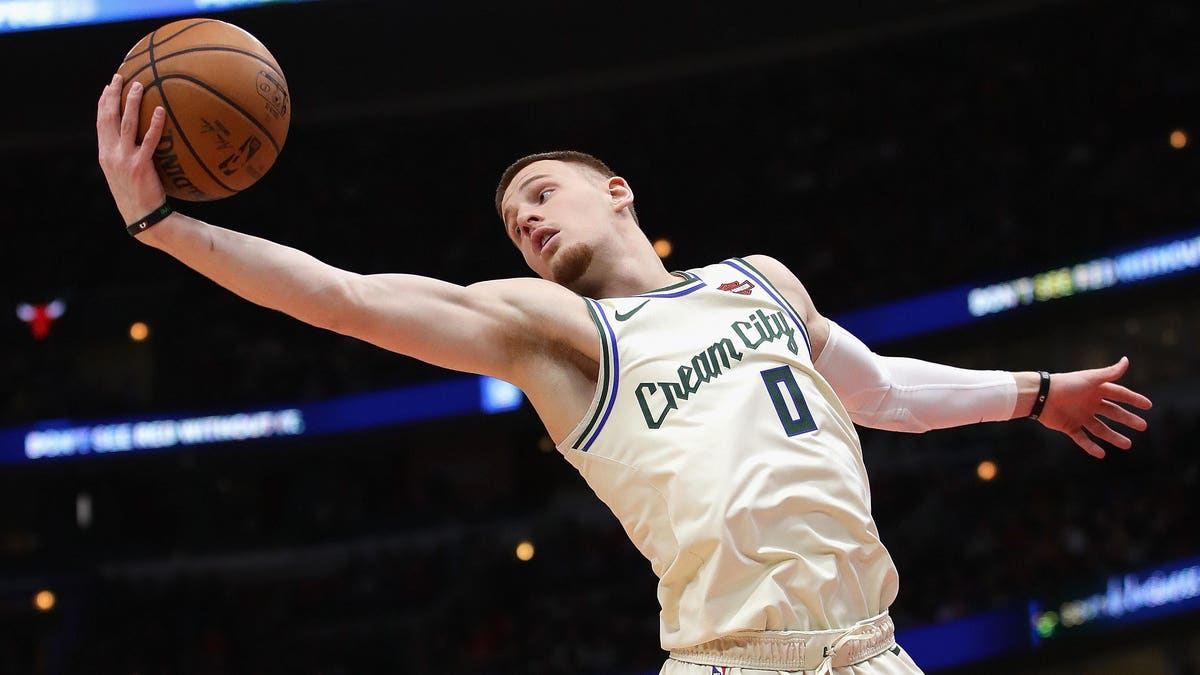 Against Miami, the Bucks should have no problem finishing the series without Donte. But in the future rounds, where the Bucks will need their role players to show up, is when his presence will be missed the most. No team can win a title on the shoulders of their stars. They need a complete team which is what Donte DiVincenzo provided.

Donte DiVincenzo had been struggling in the playoffs so far. He has averaged only 2.7 points on 16% from the arc and 18% from the field. But if his 3 years in the league have shown us anything, it’s that when he is needed to show up, he will. This loss is detrimental to the Bucks and could just be the difference between them winning the title and not.