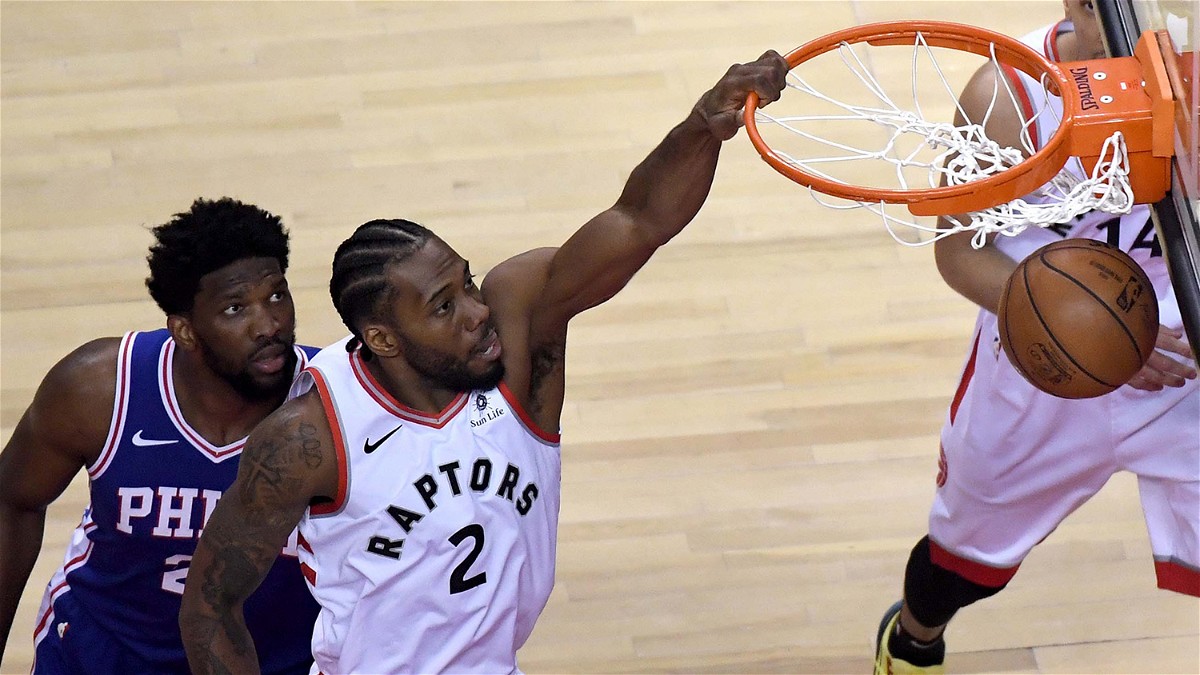 The Los Angeles Clippers beat the Utah Jazz in Game 4 to tie the series. Kawhi Leonard had an amazing game and dropped 31 points in the Win. Leonard had a ton of highlight plays which made the game really fun to watch. Also, his elite defence helped the Clippers lead by 29 points at one point in the game. They now look to Game 5. On the other hand, Joel Embiid’s Philadelphia 76ers lost to Atlanta Hawks on the road.

Atlanta Hawks vs Philadelphia 76ers game had ended with Philly losing by narrow margins. Joel Embiid had dominated the Boards getting 21 rebounds but struggled offensively scoring just 17 points. He was in a post-game conference answering questions by reporters with the Clippers game going on in the background.

And just as that was happening, Kawhi Leonard drove hard in the paint and got a monstrous poster. That was definitely the Play of the Game if not the Play of the Night. With all the cameras rolling on Joel Embiid’s face they managed to get a genuine and live reaction out of him.

His reaction summed up all of our reactions. The Utah Jazz players on the court too had pretty meme-worthy reactions.

Kawhi Leonard’s teammate Zubac showed Kawhi the clip of Embiid’s reaction and Kawhi had this to say.

"I don't get to see the reaction of what's on the web or social media. But Zubac showed me a clip of Embiid talking… During the game, I know it's a big play, but gotta have that next play mentality."

This is a side of Kawhi we haven’t seen publicly before of him being friendly with other players live on air. Both Leonard and Joel Embiid were recently announced as members of the All-NBA first and second team respectively. There was also a point when Kawhi was a free agent and Joel Embiid was trying to recruit him to the Sixers. Imagine the domination if Kawhi Leonard would have joined forces with Simmons and Embiid. Would the 76ers fans accept him after his legendary series winner over Philly?