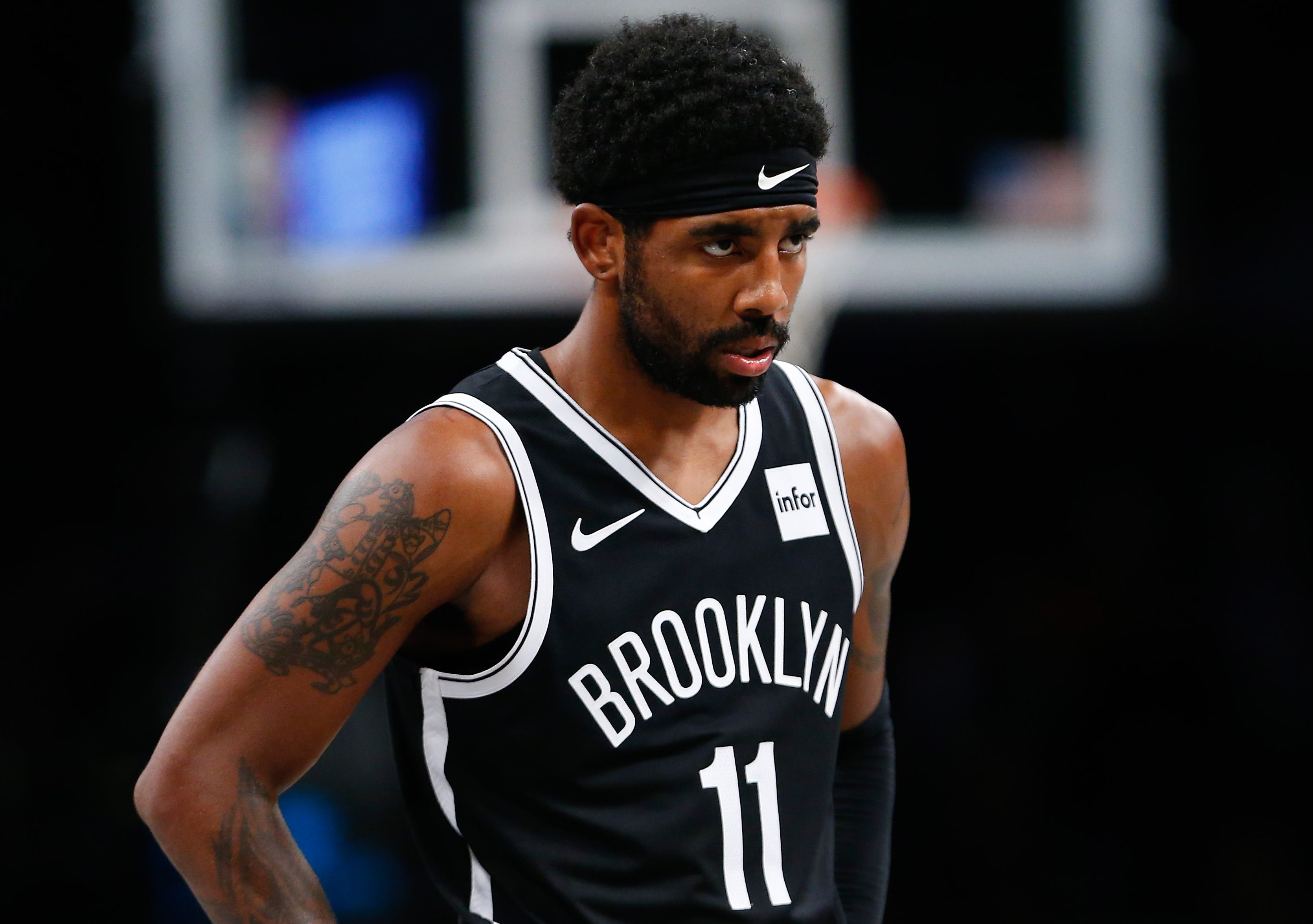 The Brooklyn Nets swung into the playoffs with full force. They had the likes of Kyrie Irving, Kevin Durant, James Harden and Blake Griffin to lead them to their first-ever championship. However, the semi-finals against the Milwaukee Bucks have been a series of injuries for the Nets. First, the Nets lost James Harden to a strained hamstring. Harden sat out for game 2,3 and 4. This did not affect the Nets much, however today The Nets lost, Kyrie Irving to an injury in the second quarter.

Kyrie Irving Out Of Game 4

After driving in for a layup, Kyrie Irving landed on Giannis Antetokounmpo’s foot. At first, it seemed like Kyrie had taken a small blow to his groin. However, it was noticed that Irving’s foot was bent and he looked like he was in a lot of pain.

Kyrie Irving walked off the court in the second quarter with assistance and a limp. At This moment it was unsure if the point Guard was coming back to court. Kyrie Irving did not return for the remainder of the game. According to Steve Nash, the X-ray reports came back negative.

Kyrie Irving is out for the remainder of the game due to a right ankle sprain.

An Awful Reaction By Glen Davis On Kyrie’s Injury

The Celtics and Kyrie have a rivalry. It was visible even in the playoffs this season. This rivalry began when Kyrie Irving spoke about the subtle racism present in Boston and how fans treat Athletes. Everything that transpired after these comments went on to prove his point. In Kyrie’s return to the TD Garden for Game 3 of NBA Playoffs last month, Celtics fans booed him throughout the game.

Although Boston Celtics won that game, the fourth matchup in the series went in Brooklyn’s favour and Kyrie Irving had his sweet revenge up 3-1. After the game, he stomped on Boston’s logo with vengeance. In turn, when he was leaving the arena a fan threw a water bottle at him for disrespecting the organisation.

Ex Celtics players, Kevin Garnett and Glen Daniv seem to agree with Boston fans and tried to justify the harassment coming Kyrie’s way which is quite unacceptable. In case that wasn’t enough, Glen Davis had the most shameful response someone could have to an injury. Big Baby Davis was happy that Kyrie got injured.

The Basketball world had only love for the point guard. Players and commentators sent in their wishes for a speedy recovery. Stephen A Smith, LeBron James and Donovan Mitchell took to Twitter to react to Kyrie’s fall.

Damn prayers up for Kyrie 🙏🏾

Giannis also spoke after the game and had nothing but prayers for a speedy recovery for Kyrie.

I really don’t know. I thought he got hit in the groin at first. When I went back to the locker room, they said that he sprained his ankle. I wish him a quick recovery, and hopefully he can be ready for Game 5. Wish him nothing but the best, but we have to keep focusing on ourselves, keep focusing on the task at hand, keep having fun and try to win games

We all hope that Kyrie Returns soon but right now the series between the Bucks and the Nets are tied at 2-2.