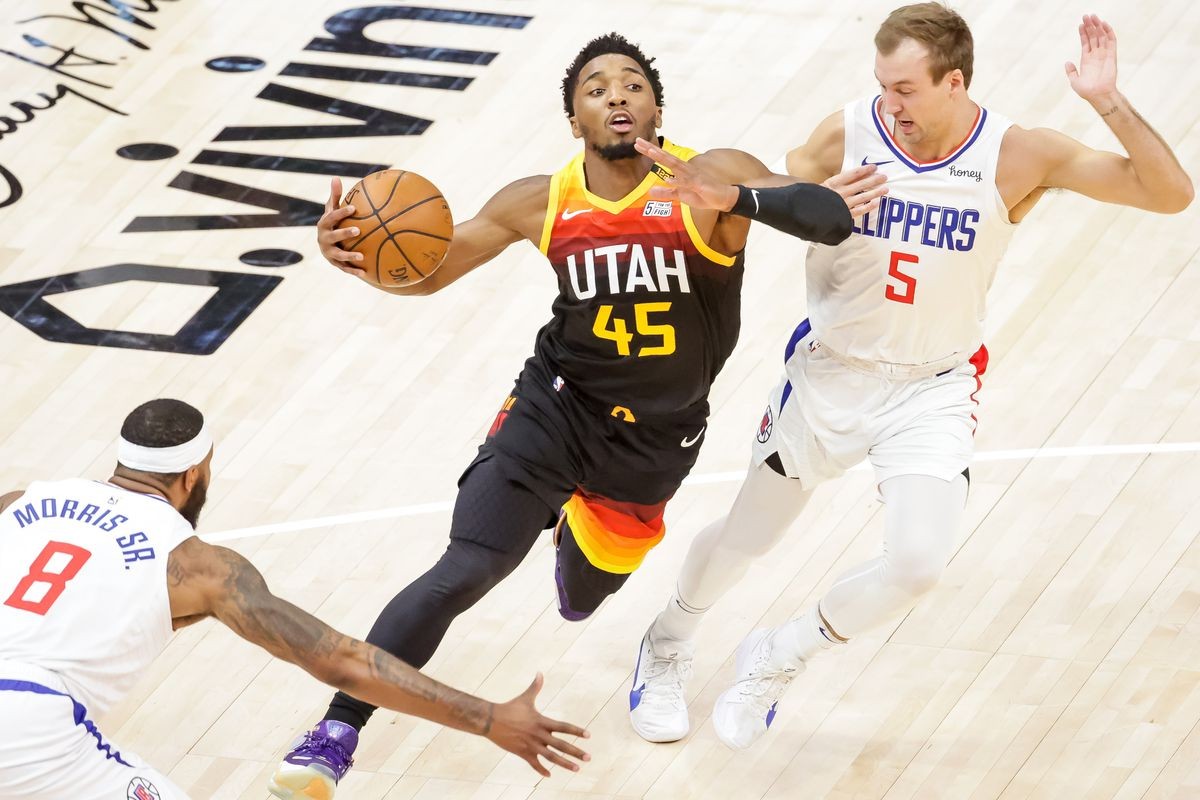 The LA Clippers and the Utah Jazz are set to play game 5 of the Western Conference semi-finals. This has been the most competitive series in the second round. Donovan Mitchell and the Utah Jazz won the first two games of the series. By doing so, they took an early 2-0 lead on the LA Clippers. Kawhi Leonard and Paul George had come off a 7 game series with the Dallas Mavericks. They lost games 1 and 2 on the road against the Utah Jazz.

However, the LA Clippers fought back from thereon for the rest of the series. They absolutely dominated at home and blew out the Jazz in games 3 and 4. Kawhi Leonard and Paul George scored more than 30 points per game each!. This allowed the Clippers to dominate and even the series. However, Kawhi sustained an injury to his knee while landing awkwardly on his knee.

This happened in game 4. Losing Leonard and heading into Utah, Paul George stepped up to the occasion and dominated. By doing so, He carried the LA Clippers to a game 5 win on the road. The series now moves to  Los Angeles for game 6. The LA Clippers hope to end the series at home and move onto the Western Conference finals.

This series has been absolutely electrifying. Donovan Mitchell has ascended to the next level in this postseason. He finally cooled off in game 5 after averaging 32.9 points per game this series. He scored 21 PTS, 5 RBD, and 5 AST in a Game 5 loss at home. The Utah Jazz starters and bench have underperformed in this series. This is with the exception of Donovan and Bogan Bogdanovic.

The Utah Jazz was not only lacking in scoring ability, but they were also unable to contain the Clipper’s starters like Reggie Jackson and Marcus Morris. Reggie Jackson has absolutely dominated in this series. Marcus Morris provides a physicality that the Clippers use to dominate. This is all with the exception of Paul George. In-game 5, he scored 37 PTS, 16 RBD, and 5 AST. Both Jackson and Morris scored more than 20 points each.

The pressure of being eliminated on the road, facing a hostile crowd will be the ultimate test for the Jazz. Perhaps they will rise to the challenge and silence doubters. However, they are not expected to do so in game 6.

Kawhi Leonard- Out indefinitely with suspicion of an ACL tear

LA Clippers vs Jazz will be televised nationally on ESPN at 10:00 PM ET. Internation viewers can access the game through the NBA league pass.