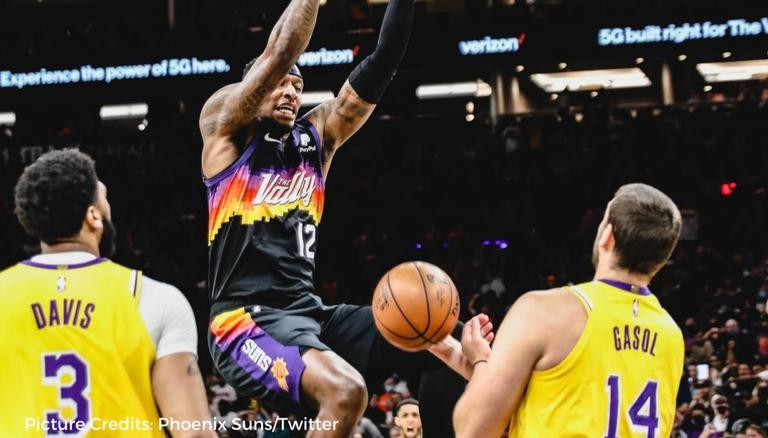 A must-win game for the Phoenix Suns and the LA Lakers will tip-off tonight in Staples Center. Lakers are up 2-1 in the series and going up 3-1 will statistically help their chances to move onto the next round. For Phoenix, they lost a game at home and need to steal back a game or else the odds will be stacked up against them.

The Lakers won their first home playoff game in over 8 years and Laker fans are getting ready for the same in Game 4.

Phoenix has really lost their edge in these playoffs since Chris Paul‘s shoulder contusion. Even though he has been on the floor during these games his impact has been negligible. Never in Chris Paul’s career has he altered his shot but in Game 3 every shot he took was with a different form. He was 3 of 8 from the field and didn’t attempt a single 3. Having one of your main players inhibited affects not only the play but the whole morale.

The inexperience of the squad shone late in the game as they let their emotions get the better of them. Jae Crowder contributed more for the Lakers than he did for Phoenix. Devin Booker had one of the dirtiest Flagrant fouls ever seen and got ejected. This is why experience is just as important as talent is in the Playoffs.

The LA Lakers have shot just 27.6% from behind the arc this series. They haven’t been that good during the season either but they have shot it better. Once they start shooting like that again, coupled with their elite tier defence, they could be the lowest seed to ever win an NBA title.

KCP left Game 3 with a knee injury. He has been really good for them in the starting lineup and getting him healthy should be their main priority. After game 1, Anthony Davis has been the star of this series. In Game 3 he scored 34 points and made half the shots he put up. LeBron has helped AD get into the spotlight and has also got into his stride again.

The Lakers seem to be clear favourites with all the tangible and intangible factors in their favour. I predict the LA to win Game 4 and go 3-1 up going back to Phoenix.

How to watch Lakers vs Suns?

LA Lakers vs Phoenix Suns will be televised nationally on ABC at 3:30 PM ET. International viewers can access the game on NBA League Pass.