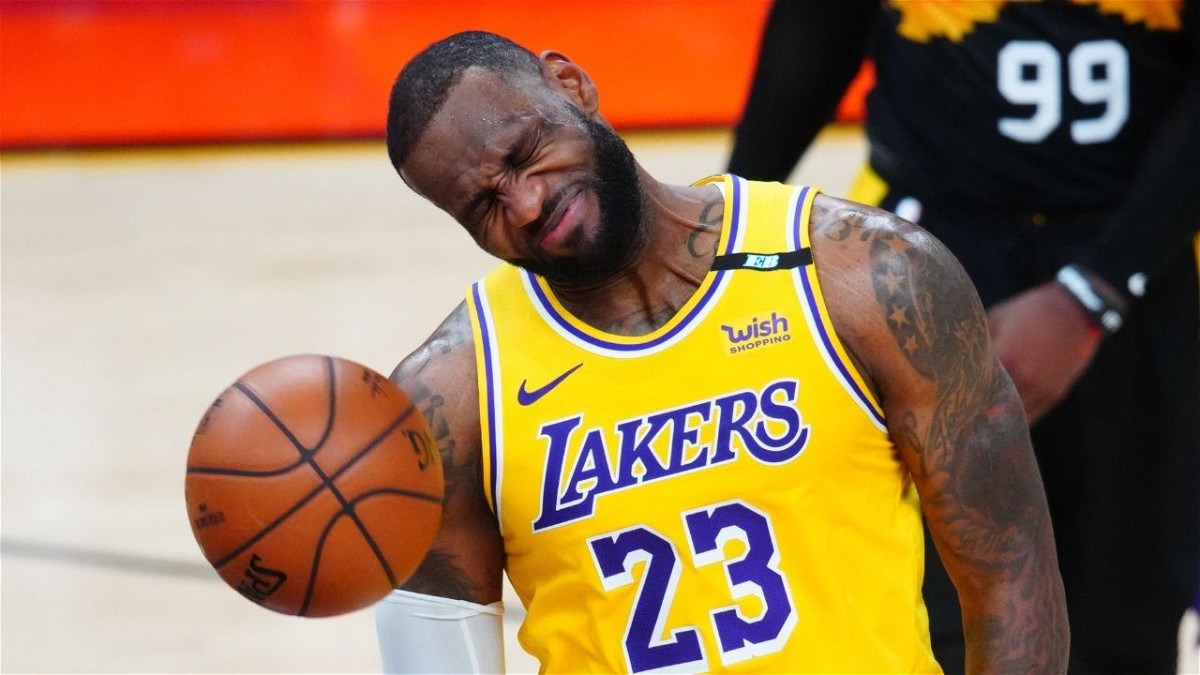 A young Phoenix Suns Team led by Devin Booker and an injured Chris Paul dominated Lebron James and the LA Lakers in the last 3 games of this series. Phoenix won Game 4 in Los Angeles and won Game 5 back at home. This put the defending champions in a win-or-be eliminated scenario .

Devin Booker had come off a stunning 30 PTS 7 RBD 5 AST night in a win at home. The Lakers were favored to win as no one expected Booker to have a similar performance on the road.

Devin Booker and the Phoenix Suns were simply impossible to stop and dominated the Lakers in the first quarter outscoring them 36-14. The Suns controlled the game for the rest of the three quarters. Anthony Davis went down within the first 5 minutes of the 1st quarter and did not return.

The Lakers have failed to bring a championship to Los Angeles in the post-pandemic scenario with fans in the stadiums. Laker fans have taken a serious blow as their team only won a single game in their arena this postseason. This is depressing and disappointing to any Lebron and Laker fan. Lebron James has been eliminated by a young Phoenix Suns team. This is stunning to the world as The Suns had no post-season experience beyond Chris Paul. Lebron James had also never lost in the first round of the postseason in the last 14 years. Both teams completely changed the narrative the media had of the series.

Devin Booker had a massive playoff performance high with 47 PTS, 11 RBD. 3 AST. Jae Crowder, Mikhail Bridged, and Deandre Ayton were incredible role players who stepped up when it counted most. The Phoenix Suns dominated the Lakers in almost every basketball statistic in this crucial must-win game for the defending champions. The Suns shot better from the field  50%-41% compared to the lakers.

They outshot the LA Lakers from the three-point range 51% -28%. The Suns even made 95% of their team’s free throws as opposed to the Laker’s 87%. Phoenix also outrebounded and out-assisted the Lakers as a team and proved that they were the superior team. The Suns won the game 113-100, blowing out the defending champions at home in 6 games

LA Lakers dominated in the worst possible stat in the postseason

The only significant stat that the Lakers dominated in against the Suns were turnovers. A turnover is when the ball is taken by the defensive team before the offensive team has the chance to shoot the ball. It is usually a product of clumsy passes or careless mistakes between teammates.

The Lakers had 7 team turnovers to the Suns 12 turnovers. This means the Suns were sloppy with the basketball and make reckless plays. This means that an inexperienced playoff team came to the defending champions’ house, outshot\ outplayed them in every major statistic. Additionally, they didn’t lose the game despite being more careless with the ball. The Suns turned the tables on this series and are now moving on to face the Denver Nuggets in the second round of the western conference.