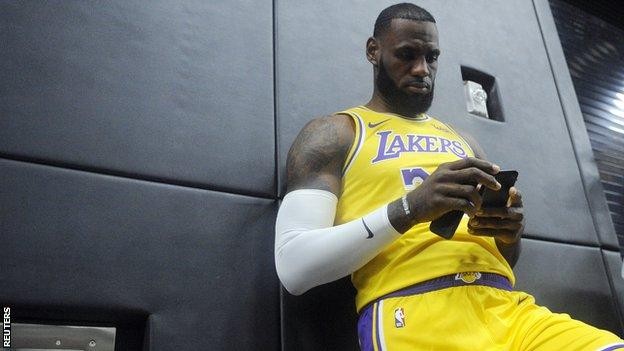 In an ideal world, we would turn on our TV and watch some of the greatest players of our generation battle it out on the court. See them make big shots, flashy passes, dribble moves and electrifying dunks. We could see underdog teams shock the world and see other teams make huge comebacks. But for that, we would need all the best players healthy all the time. Something we haven’t see in these playoffs and LeBron James is really vocal about it.

What did LeBron James say?

Kawhi Leonard of the Los Angeles Clippers is the newest addition to the list of stars to miss a game in the playoffs due to injury. His Injury is so serious that he could possibly miss the entire playoffs. That has significantly changed the odds of the Clippers making a title run. On the other side of the same town, Lakers superstar LeBron James said his piece on Twitter regarding the injury.

Also Read Space Jam 2: Here’s A List of All The NBA And WNBA Players in LeBron James’ New Movie

He started his rant by saying how he knew that starting the season early would be bad for the Players.

They all didn’t wanna listen to me about the start of the season. I knew exactly what would happen. I only wanted to protect the well being of the players which ultimately is the PRODUCT & BENEFIT of OUR GAME! These injuries isn’t just “PART OF THE GAME”. It’s the lack of PURE

He continued on with facts about how this season the most number of All-stars have missed time in the playoffs. Apologized to the fans for not getting to see their favourite players in the most important part of the season. And how he knows the best about how player’s bodies work.

works all year round it’s ME! I speak for the health of all our players and I hate to see this many injuries this time of the year. Sorry fans wish you guys were seeing all your fav guys right now. 🙏🏾👑

LeBron also stated that he knew about the business side of the decision for the NBA Starting early.

And I know all about the business side too/factors so don’t even try me! I get it.

And lastly, he sent his best wishes to Kawhi Leonard.

Is LeBron right in what he said?

LeBron is a player of very high stature and can afford to criticize the league knowing they would listen. The NBA started its season early because they wanted to make sure they start the next season on time. This is a decision they took without considering the player’s point of view which is where they went wrong.

They did reduce the total number of games in the season but the frequency of games seemed really high. You cannot ignore all the injuries that have cropped up considering the modern NBA has the best medical facilities. Sometimes taking a financial loss in the regular season to ensure maximum quality playoff performance is a decision the NBA should make. 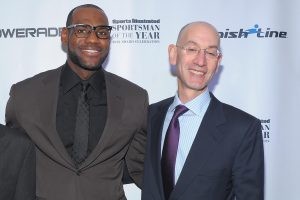 Commissioner Adam Silver has done a great job with the NBA but there are some aspects he could work on. Also, the players need to accept the fact that if they want shorter seasons or seasons to start later it will affect their pay. They cannot get everything and need to compromise as Covid has been hard for everyone. Could Normalcy resume in the NBA by next season? We’ll wait and find out.

Also Read: Here’s Why LeBron James is Changing his Jersey Number After 7 Years