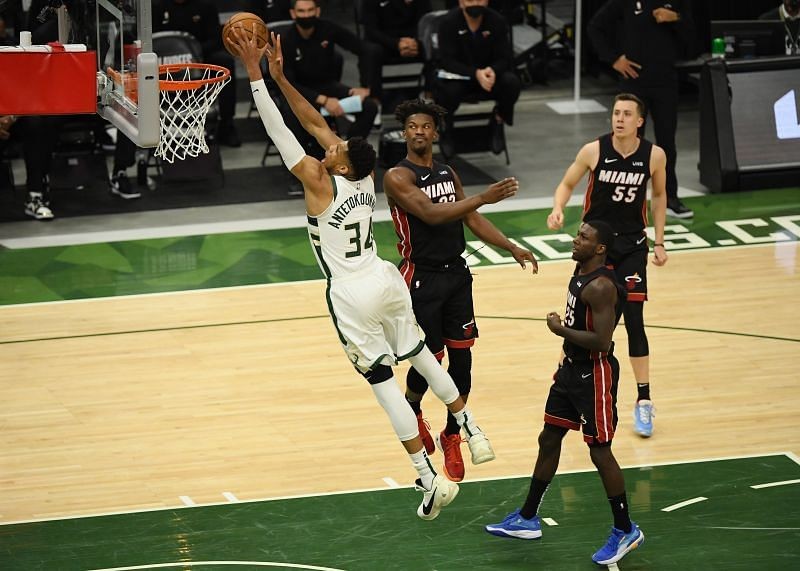 The series between the Miami Heat and the Milwaukee Bucks draws to a sudden close. Bucks have won the first 3 games of the series. The Heat now faces elimination at home and for the rest of the series. Miami has heavily underperformed in the regular season and post-season. Coming off of last year’s playoffs run in the bubble that led to a trip to the finals. They now face elimination at the hands of the team they defeated 4-1 last year in the second round.

Credit must be given to the Greek Freak and the entire Bucks squad who stepped up and performed this series. The Addition of Jrue Holiday has been the most underrated move the Bucks made this season. By doing so securing a spot as a contender in the East.

Giannis and Jrue’s chemistry is clicking as Holiday can be the third option on the team. Giannis sets picks and screens for him to create plays. Having another playmaker like Holiday, who can also create his own shot allows for the Bucks to look like a different team with him on the court. The Bucks will look to close out the Heat and prevent an extended series.

The Miami Heat are now cornered and have their backs against the wall. They are not expected to get blown out at home and will fight with hopes of extending the series one game at a time. The Bucks, however, do not underestimate the Heat due to past playoff experience and are expected to have another dominant game. 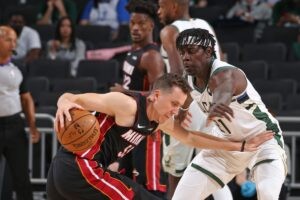 The supporting squad of Middleton, Holiday, Lopez with PJ tucker, and Bryn Forbes coming off the bench is superior to the young heat squad with old veterans in Iguodala and Ariza and young players in Herro, Robinson, and Nunn. Milwaukee will win Game 4 by a close margin, despite a good performance by Jimmy Butler

Victor Oladipo out for the season after surgery

Donte DiVincenzo has suffered a left ankle sprain in Game 3.

How to Watch Heat vs Bucks?

Miami Heat vs Milwaukee Bucks will be televised nationally on TNT. In addition, Miami residents can watch the game live on BSSUN and regional viewers from Milwaukee can follow it on BSWI. International viewers can access the game on NBA League Pass