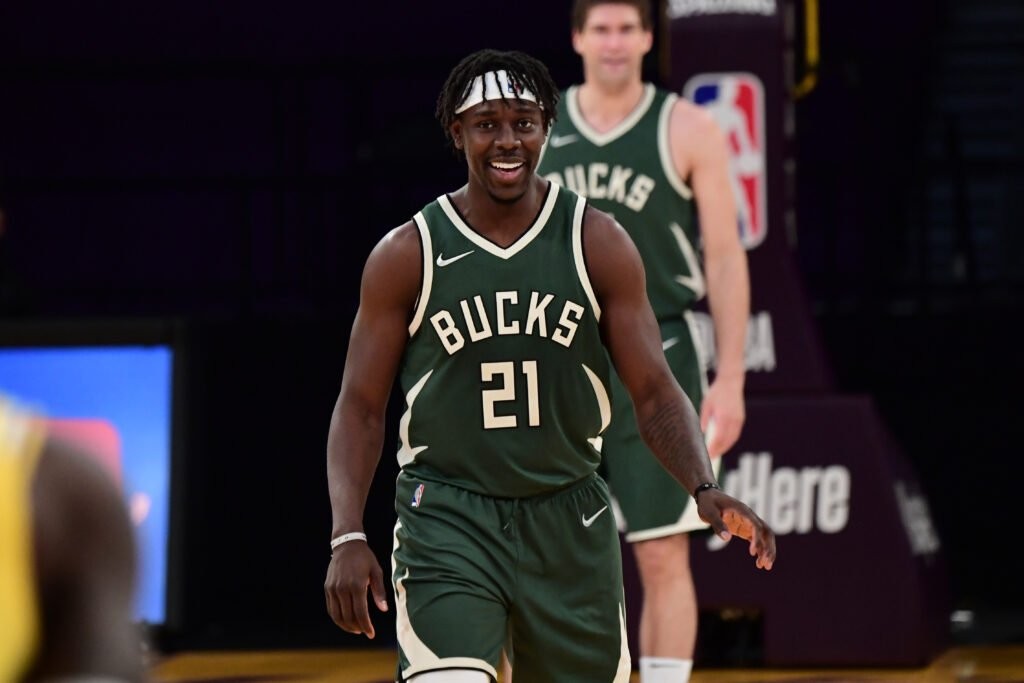 The Milwaukee Bucks and Atlanta Hawks are set to play game 6 of the ECF today at 8:30 PM ET. The Milwaukee Bucks blew out the Atlanta Hawks in game 5. They did so with a final score of 123-112. Additionally, both Giannis Antetokounmpo and Trae Young did not play in this pivotal game 5. This was due to both players suffering injuries throughout the series. Trae suffered a bone bruise in Game 3, while Giannis suffered a hyperextended knee in game 4. Therefore, The  Bucks winning game 5 shows that they are the better team. They now have a 3-2 lead on the Hawks and look to close the series in 6 games.

Superstars win championships in the NBA. However, this season has had several injuries that have hampered several series’ outcomes. The Bucks- Hawks series is no exception to this. Both Giannis Antetokounmpo and Trae Young are unlikely to return to their healthy selves in this series. However, the Bucks have proven that they are the better team in this series. They won game 5 without their biggest star and best player. Additionally, The Bucks have blown out the Atlanta Hawks in every win of this series. They won by a 10 point differential or more in every win. This goes to show that the Bucks are a better team than the Atlanta Hawks. Therefore, The Bucks are expected to win game 6. The Atlanta Hawks are in a dire situation. They have to win 2 games while staving off elimination. Trae Young is the primary ball-handler and playmaker for the Atlanta Hawks. He put up otherworldly numbers to carry them to the Eastern Conference Finals. However, his injury, in addition to his game 6 status remaining questionable, puts pressure on the Hawks organization. Even if Trae plays game 6, it is highly possible that he will hesitate to strain or put pressure on his ankle. As all these factors work against the Atlanta Hawks, the Milwaukee Bucks are favored to win game 6.

Also Read:How Many Times Did Michael Jordan Retire From the NBA?

Milwaukee Bucks vs Atlanta Hawks will be televised nationally on TNT at 8: 30 ET. International viewers can access the game through the NBA League Pass