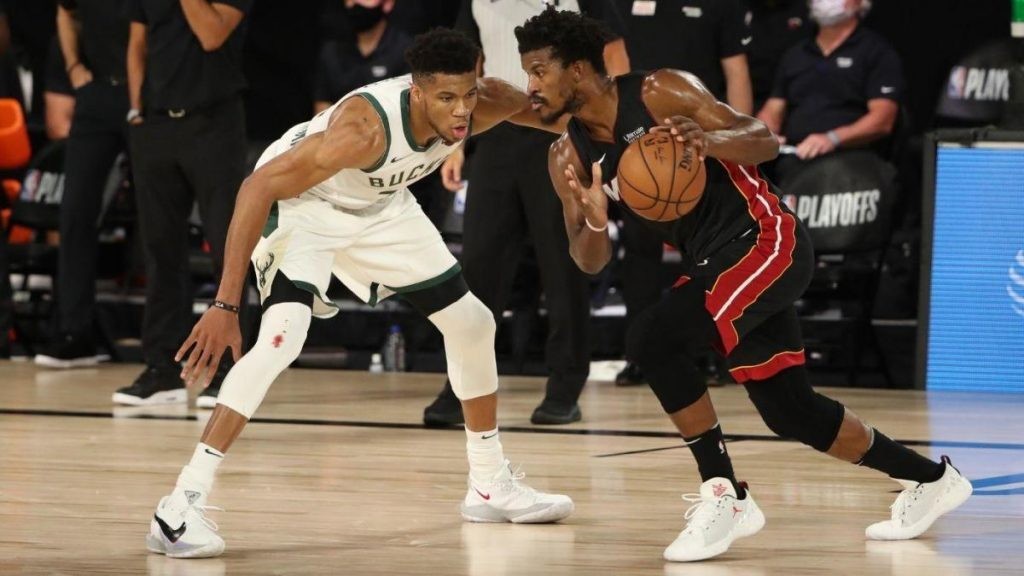 The playoff series between the Milwaukee Bucks and Miami Heat reached its apex with the Greek Freak Giannis Antetokounmpo and the Bucks taking a dominant 3-0 lead over the Heat. The Bucks had won Game 1 and Game 2 at home and were entering the game following a historic shooting performance on Tuesday in Milwaukee. The Heat was expected to come into Game 3 with an extremely aggressive mentality rallying behind their star Jimmy Butler.

Despite the Heat playing excellent defence on Giannis, holding him to only 7 points in the first half, the freak was able to utilize his other abilities like defence and rebounding to gather 12 rebounds and 3 assists. This allowed the Bucks to rally and strike at the Heat who seemed exhausted and unable to stop the team. The Bucks finished the half leading 49-36.

Also Read:  This Move by Zach LaVine Suggests He Will Request a Trade from Chicago Bulls

Miami Heat fans cheer on despite the blowout

The lead increased in the second half of the game with the Bucks leading by 20 points with 3:22 remaining in the third quarter. This blowout at home however did not dampen the spirits of the fans who cheered on for their team in the fourth quarter and even counted down the seconds before the greek freak made a free-throw violation. This speaks to the quality of the fan base that the Miami Heat has. A fan base that cheers on its players despite facing a dire situation.

Miami Heat needs this kind of support from their fans as they now face the pressure of “win or go home” for the rest of this series. The chances of a team coming back and forcing a game 7 are relative to the same chances a snowball has in hell.

The game ended with Giannis having a huge stat line of 17 points, 17 rebounds, and 5 assists. Both role players Middleton and Holiday scored 22 and 19 each. Bucks won the game with a landslide victory 113-84.

What’s next for Milwaukee Bucks?

Despite the one-sided way this series seems to be going for the Greek Freak his goal of winning a championship will only get harder. Based on the playoff matchups the winner of the Heat – Bucks series will face the winner of the Nets- Celtics series. This will almost certainly be the Nets. Giannis and the Bucks will face their greatest challenge in the Big 3. The winner of that series will move onto the Eastern Conference finals and be 4 wins away from the NBA finals