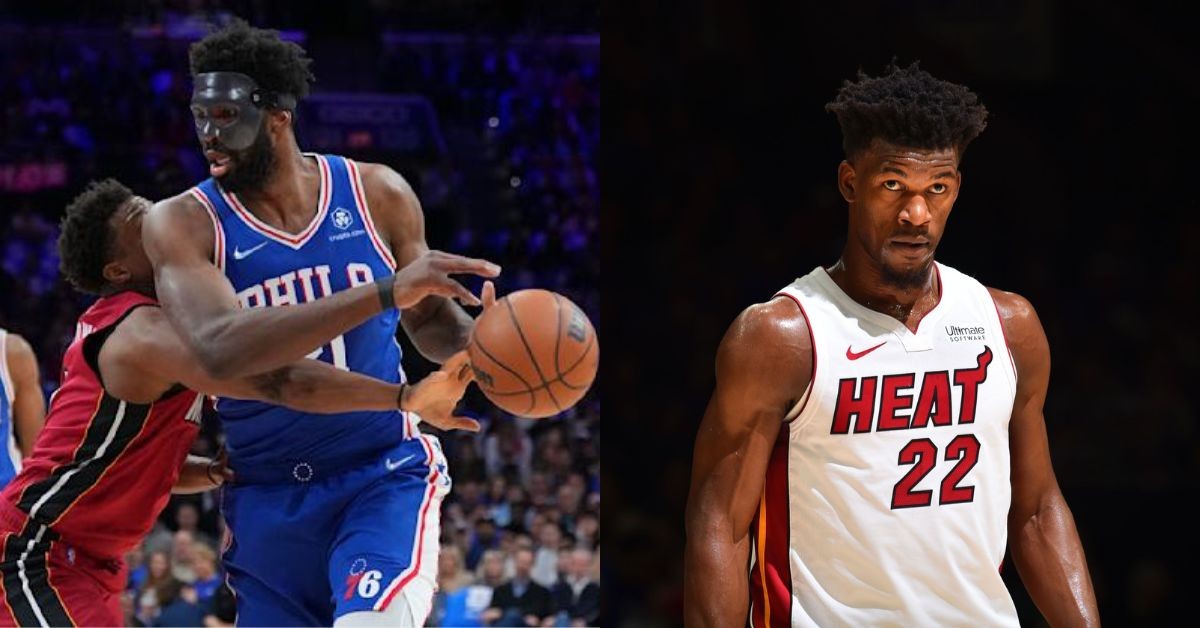 Masked Joel Embiid returned to NBA action last night and rescued his team from trailing 0-3 against Miami Heat. The Sixers star does not shy away from calling out his rivals on social media and the blowout win was a perfect opportunity. However, Jimmy Butler did not hold back and had an NSFW reaction to Embiid’s Instagram post.

The Philadelphia 76ers stole a game at home to avoid a clean sweep in the second round. Their MVP was sidelined in the first two games and James Harden could not keep up with the #1 seed all by himself. Joel Embiid was desperate to get back on the court and in just his first game back re-ignited Philly’s hopes.

The Miami Heat currently leads the series 2-1 and Embiid’s return will cause some series troubles. Masked JoJo had a double-double after missing over a week of NBA action. He will only get better as the series progresses. In addition, they will be in Philly and Embiid thrives from that environment.

After the game, the MVP frontrunner posted a photo on his Instagram with the caption “No one cared who I was until I put on the mask”. Jimmy Butler did not waste a second to let him know how he feels after the loss.

The two played together for a season before Butler realized that the Philly culture was not hungry enough for a title. He had some major locker-room troubles with the Sixers and that ultimately led to him signing with the Miami Heat. It appears he has found what he was looking for at South Beach but the past resentment is still present.

The duel between the two is always great to watch, especially on the court. In addition, they have a common rival in Karl Anthony Towns and bonded over it last season. Nonetheless, Jimmy Butler and Joel Embiid are clearly not past whatever happened during the former’s tenure with the Sixers.