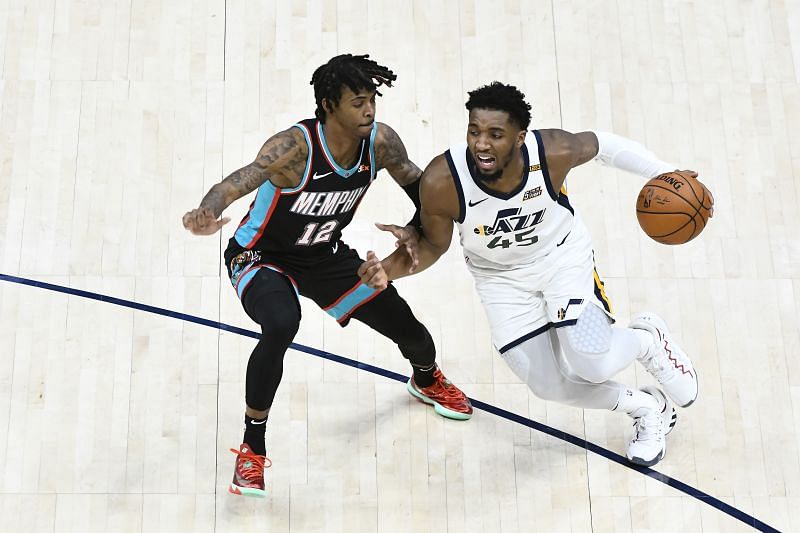 With Donovan Mitchell back in the starting lineup, Utah Jazz will be determined to tie the series 1-1 against the Memphis Grizzlies in the first round of NBA playoffs. It appeared as if the Jazz was doing just fine without Donovan Mitchell in the regular season when the latter missed several games due to an ankle injury. They made the mistake of underestimating 8th seeded Memphis Grizzlies, a team that defeated Stephen Curry’s Golden State Warriors and San Antonio Spurs in the play-in tournament to earn the playoff spot. 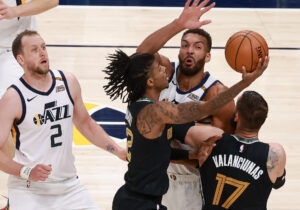 Ja Morant shined as Grizzlies recorded a close win Sunday night in Game 1 against the short-handed Utah Jazz. In addition, Dillon Brooks stepped up for Grizzlies while Bojan Bogdanovic’s 29 points weren’t enough for Jazz to take the series lead. However, it is concerning that Memphis Grizzlies had to play their best basketball with their entire roster stepping up just to beat Donovan Mitchell-less Utah Jazz by only 3 points. A win is obviously a win but can they pull it off again in Game 2 when Jazz is in full form?

Although Regular season is no measure of playoff intensity Utah did manage to win all their matchups against the Grizzlies this season, one of which was without Donovan Mitchell. During the regular season, Utah was ranked top 5 in offence as well as defence which led to them clinching first seed in the western conference. It didn’t translate into the playoffs so far if Game 1 is considered and Mitchell’s absence is the main reason.

Mitchell will attract 2 defenders at all times which leaves Mike Conley or Jordan Clarkson open at the wing. It also helps Rudy Gobert to concentrate on protecting the rim without having to take the offensive load. In his absence, both Conley and Clarkson shot poorly in Game 1. Donovan Mitchell is cleared to play tonight and he has every intention to do so.

Memphis Grizzlies, on the other hand, came with an intention to give Jazz a tough competition. Ja Morant scored 26 points on 52% shooting and the surprise of the night Dillon Brooks scored 31 points on 50% shooting and 7 rebounds to go along with it. Grizzlies were the best version of themselves Sunday night, however, they cannot perform like that every night. They have little to no playoff experience and Jaren Jackson Jr. is still quite rusty from the torn meniscus rehab.

Donovan Mitchell’s return will ensure Utah Jazz’s victory over Memphis Grizzlies and they will tie the series 1-1 tonight.

How to Watch Jazz vs Grizzlies?

Utah Jazz vs Memphis Grizzlies will be televised nationally on TNT. In addition, Utah residents can watch the game live on ATTSN-RM and regional viewers from Memphis can follow it on BSSE-MEM. International viewers can access the game on NBA League Pass.