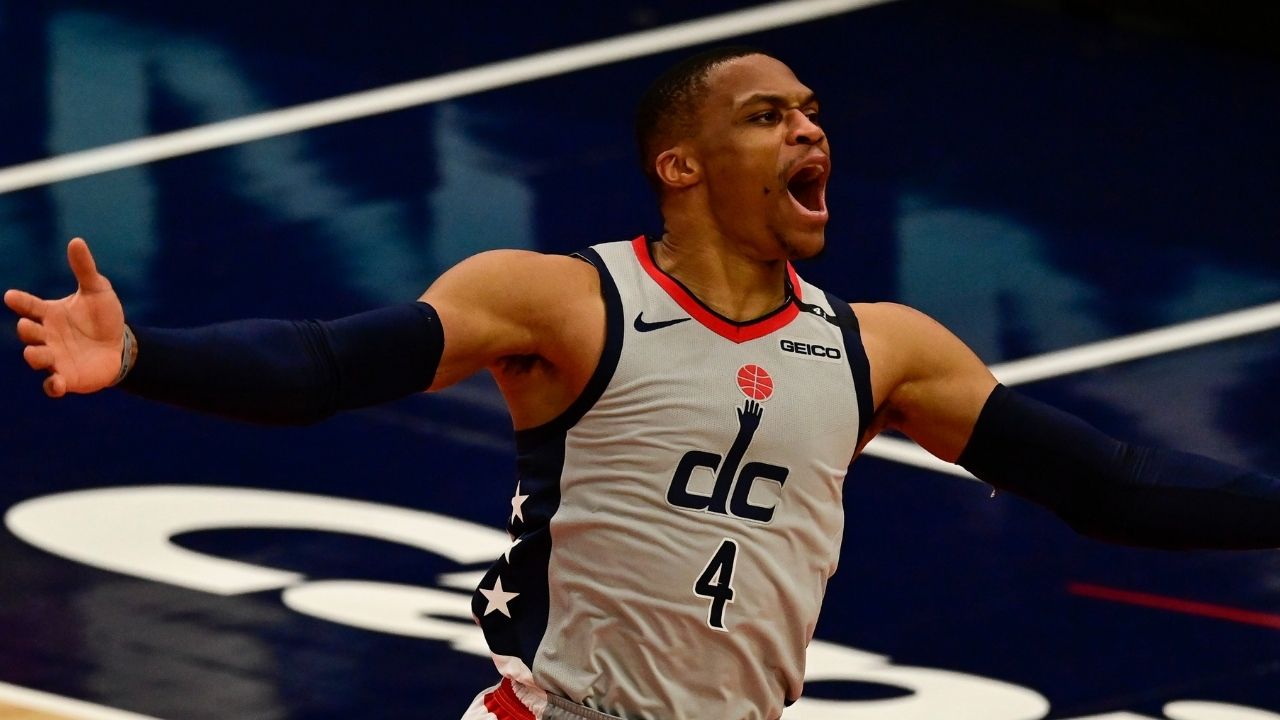 Game 2 of the playoff matchup between the Philadelphia 76ers and Washington Wizards was played tonight. However, not only did Washington go down 0-2 in this series but Russell Westbrook also left the game with an injury.

With 10:32 left in the 4th quarter, the Wizards were down 17 points. Rui Hachimura brought the ball up the court and passed it to Russell Westbrook. Westbrook was quickly closed down by Philadelphia’s Furkan Korkmaz. To get away from the defender, Russ attempts a spin move towards the basket and ends up injuring his right ankle.

To add insult to injury or should I say add light snacks on injury, whilst Westbrook was leaving through the tunnels when a fan threw popcorn on him. He was enraged by this. Fans always attempt to try to get a rise out of Westbrook, recalling the Jazz-fan incident. But this by no standards was acceptable.

Russ got heated after a fan threw popcorn at him pic.twitter.com/XyMRUxUVwc

“I wouldn’t come up to me on the street and throw pop-corn on my head because you know what happens”, said Westbrook. ” In these arenas, you gotta start protecting the players. We’ll see what the NBA does.”

The fan who threw the popcorn was not caught. He supposedly escaped. The NBA should be making a statement on this in the coming days. This also caught the attention of LeBron James who tweeted his reaction.

By the way WE AS THE PLAYERS wanna see who threw that popcorn on Russ while he was leaving the game tonight with a injury!! There’s cameras all over arenas so there’s no excuse! Cause if the 👟 was on the other 🦶🏾.🎥 #ProtectOurPlayers

The treatment of NBA players by fans has dropped significantly in the last few years. This could lead to restrictions on the fans in the future which in turn hurts their own experience. 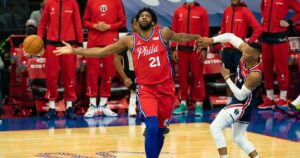 What does Westbrook’s Absence mean for the Washington Wizards?

Westbrook suffered what looked to be an ankle sprain. Those kinds of injuries do not keep a player sidelined for too long. But in the case of the Wizards, Westbrook missing even a quarter could hurt their chances against the sixers severely. Russell was a new signing this season for the Wizards. He struggled the same way a lot of players do on new teams. But in the second half of the season, the Wizards, who were lead by Westbrook and his barrage of triple-doubles gained a position in the play-in tournament. Since the All-star break, the Wizards have had a winning record of 20-18, which accounts for more than half their wins.

Since Westbrook left the game in the 4th, the team as a whole put up a measly 15 points. Russell averaged 12 assists per game as he facilitated the offence so that Bradley Beal could just focus on scoring. If Westbrook misses game 3, the load falls back on Bradley Beal. The Wizards 2020-21 playoff campaign might be coming to its inevitable end.