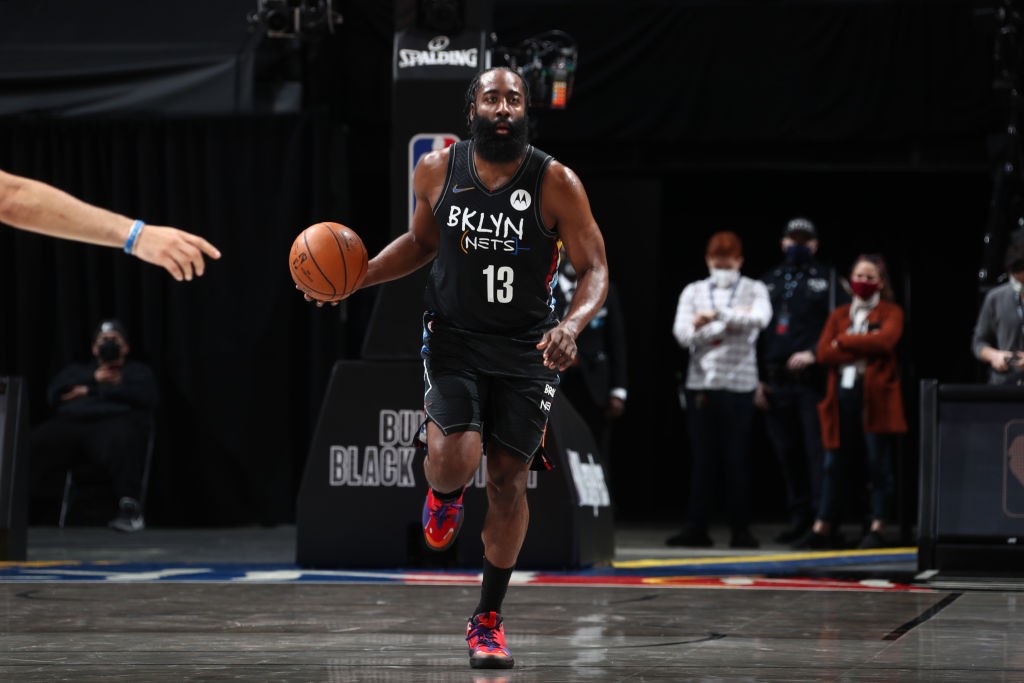 James Harden of the Brooklyn Nets is one of the most revolutionary basketball players of this generation. He invented the patented step-back 3 pointer, a move that is used in the NBA frequently. Additionally, he is simply one of the greatest scorers in the history of basketball. He joined the Brooklyn Nets this season with the hope of winning a championship.

James Harden has put the league on notice since his time with the Houston Rockets. He is the only player to lead his team to a competitive series against the Golden State Warriors dynasty.

Harden has developed a misguided reputation as a ball-dominant player. This could not be further from the truth as Harden has finished several seasons with top 5 in assists and point scored. This season Harden averaged 24.6 points per game, 8 rebounds, and 10.8 assists. To put this stat in perspective, Lebron James is averaging 25 points 8 assists, and 8 rebounds this season.

Harden went down with a strained hamstring in the middle of the regular season. He reaggravated it after the first round of the playoffs. This was within the first few minutes of the game. The Nets currently lead the series against the Milwaukee Bucks 2-1.

How will Harden’s absence impact the Brooklyn Nets in this series?

Basketball is a team sport. Good team coordination leads to higher levels of play as individuals and as a unit. Harden is one of the few players that elevate his level of play as well as his teams. In the Modern NBA with formations and plays that coaches implement, Few players like James Harden stand out.

This is because of his fundamental ability to create his own shot. Harden has so many moves at his disposal that he is an absolute threat on the basketball court. James’s handles are so devastating that staying close to him means he can drive past the defender. If the defender keeps his distance, Harden is free to shoot his step-back 3. Several teams have tried guarding harden in different styles only to succeed in merely containing the beard with his basketball IQ. 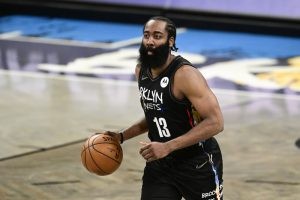 Losing Harden in this series is a serious concern for the Brooklyn Nets. The Bucks are a lethal three-point shooting team. They also utilize passing lanes to feed Giannis in momentum. Having James Harden on the court would be punished this playstyle by the Bucks. This is due to the fact that Harden’s style of defence relies on deflections, steals, and going after loose balls. He gets in passing lanes and intercepts passes using his basketball IQ. This skillset would allow the Nets to dominate in transition plays as well.

Another major concern for the Nets in losing James Harden is wondering who will guard The Milwaukee Bucks’ guards down the stretch. Both Middleton and Holiday and much Bigger than Kyrie. Listed at 6’5 with a hefty frame, only Harden can body these guards and make plays in the perimeter for his team. Without him, in this series, Kyrie and the bench are forced to guard the Bucks’ perimeter plays in crucial stretches.

What else does James Harden do?

Finding and creating mismatches is a final reason why Harden will be missed in this series. Due to his dominant presence on the court, he instantly attracts a double team when he receives the Ball of offence. With his court vision and Basketball IQ Harden is best suited to put Kevin Durant and Kyrie Irving in the right mismatches for them to play well.

The Brooklyn Nets have a lot of offensive firepowers. Even without James Harden, it is still possible they win this series comfortable. However, Harden’s presence would ensure that Milwaukee is simply overwhelmed in a short series. The NBA and the rest of the world wishes Harden a speedy recovery so that we can see him on the court in this postseason

When is James Harden returning to the Brooklyn Nets Starting Line up?

Brooklyn Nets are being extremely cautious with James Harden’s return to the game. With their commanding 2-1 lead over Milwaukee Bucks, it doesn’t look like the Nets need him back anytime soon. According to Head Coach Steve Nash, James Harden’s return is not definitive, however, he is making good progress medically. He went down with a hamstring strain in the first round of playoffs and hasn’t returned since.

He will not be playing in Game 4 against Milwaukee Bucks today but his return is imminent.