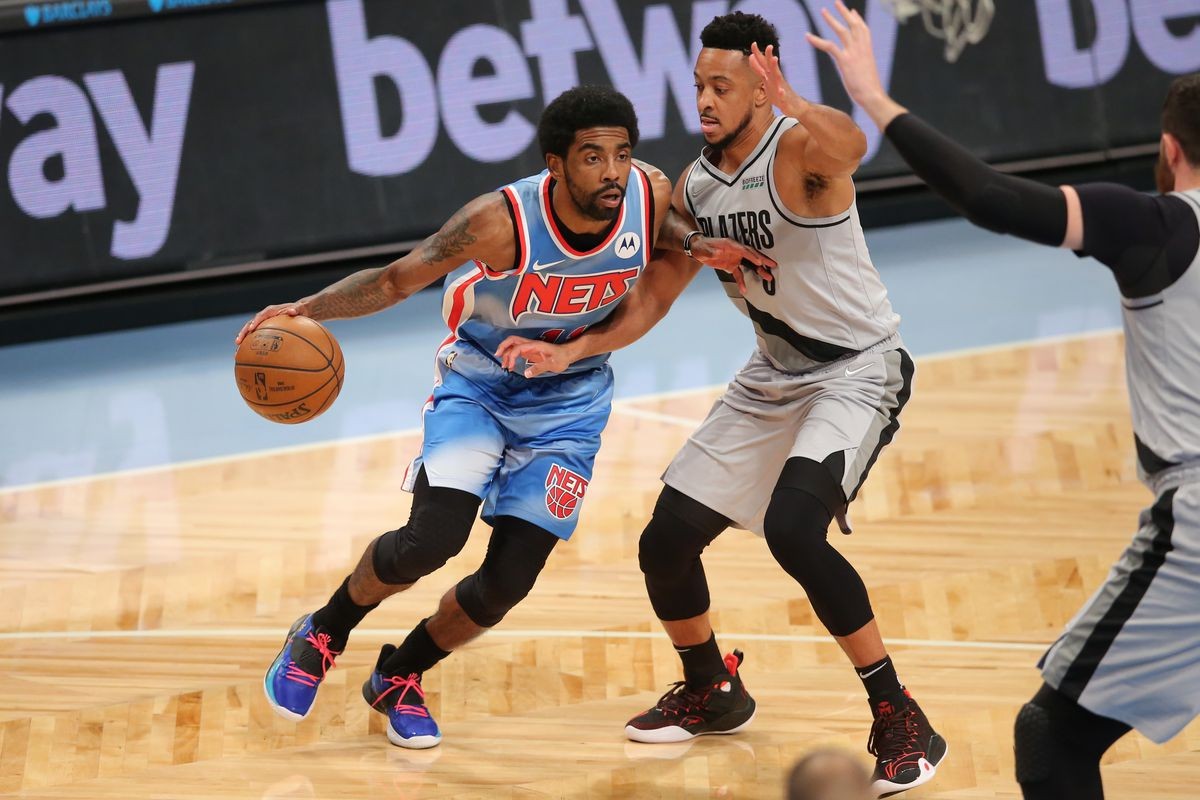 The Brooklyn Nets will try to keep its five-game road win streak alive when as they play Portland Trail Blazers for the first time in the 2021-22 NBA season. Both teams had games this Sunday night, and they both won as the Nets defeated the Spurs while the Trail Blazers beat the Kings.

The Portland Trail Blazers have been in a slump as they’ve lost six of their past eight games overall, but they will be hoping to build some momentum after making light work of the Kings in a 103-88 home win last night. In the last ten games, Rip City has a record of 4-6, while averaging 110.4 points, 43.1 rebounds, 21.8 assists, 6.9 steals and 4.6 blocks per game while shooting 43.9% from the field. Their opponents have averaged 116.6 points per game.

Damian Lillard leads the Trail Blazers as he averages 3.2 made 3-pointers per game while scoring 24.0 points while shooting 32.4% from beyond the arc. Norman Powell is shooting 42.9% and averaging 20.9 points over the last 10 games for Portland.

The Brooklyn Nets have been in a bit of a rut as they’ve lost four of their past six games, but they will be hoping to stay hot after defeating the Spurs in a 121-119 overtime home win last night. The Nets are currently third in the east with a record of 24-13. In the last ten games, Brooklyn has won five while averaging 113.4 points, 47.1 rebounds, 25.9 assists, 7.7 steals and 6.6 blocks per game while shooting 47.6% from the field. Their opponents have averaged 113.7 points.

Brooklyn Nets are led by Kevin Durant who is averaging 29.9 points, 7.6 rebounds and 5.8 assists. KD also leads the league scoring. Patty Mills averages 3.1 made 3-pointers per game for the Nets, scoring 12.9 points while shooting 42.0% from beyond the arc. James Harden is averaging 27.6 points, 8.6 rebounds and 10.1 assists over the last 10 games for Brooklyn.

The Brooklyn Nets could be shorthanded once again as LaMarcus Aldridge is currently listed as day to day, while the Trail Blazers are again without Norman Powell and Damian Lillard. The Nets haven’t been at their best lately, but they will take plenty of confidence from their hard-fought overtime win over the Spurs last night and they certainly have the edge in talent on their roster with the Trail Blazers seriously depleted now. Hence, the Brooklyn Nets are favourites to win against Portland Trail Blazers.

How to watch Portland Trail Blazers vs Brooklyn Nets?

National telecast of this matchup will be carried by NBA TV, while local coverage of the same will be available on NBC Sports Northwest and YES2. You can also live stream this game via the NBA League Pass.