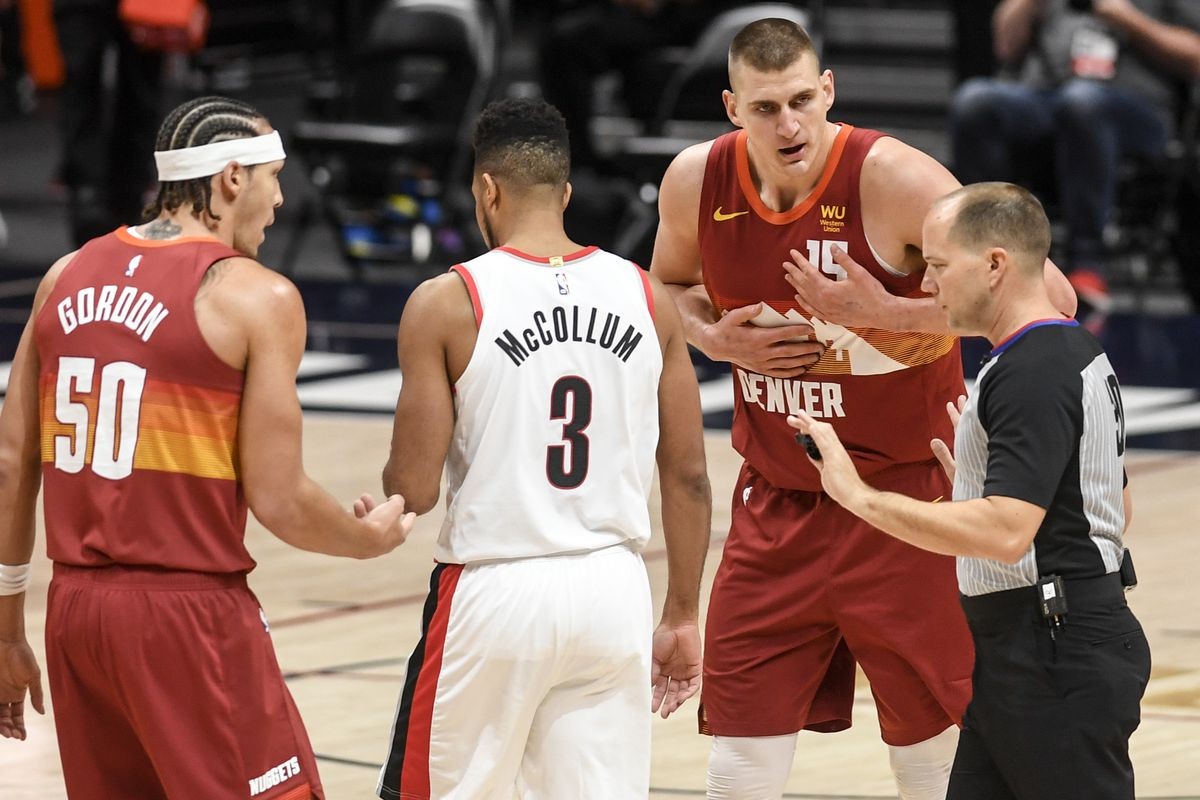 The Denver Nuggets and Portland Trail Blazers are two Western Conference teams that have similar 9-8 records but different runs of form altogether. Portland has won 3 games in a row, while the Nuggets have lost 4 games in succession.

The Trail Blazers started this season with mixed results. Though the team never had many injury issues this season, their poor shooting form and Damian Lillard’s scoring slump were the main concerns for them. Dame averaged 15 points and 10 assists per game for the opening 4 matches-not at par with his own standards. But in the last 3 games, he has put up some big numbers, averaging 28 points and 8 rebounds per game. With his rise in form, Portland managed wins against the Bulls, Raptors, and 76ers.

Also Read:NBA Trade: Damian Lillard Hints Which Team He Would Prefer Back in 2017

Denver has been playing without their star player, Jamal Murray, since the beginning of the season. But Nikola Jokic, with some timely help from his teammates, has powered his way into the top 4 finishes. They have lost 4 consecutive fixtures, dropping them to 6th position right now.

Nikola Jokic is topping all the stats for the Nuggets this season. Aaron Gordon has also performed well up to now, averaging 13.1 points, 6.2 rebounds, and 3.1 assists per game. Jamal Murry’s return will certainly be a boost for the team, but they need to perform well in order to keep them in the playoff race.

On the comeback trail, pic.twitter.com/bQdRzb5fcU

Portland is catching up on the scoring averages behind Lillard’s hot hands. They rank 6th in the scoring table with 109.9 points per game, while the Nuggets are 24th with 102.6 points per game. Nurkic and Robert Covington are maintaining an impressive 4.9 blocks average for the team.

Denver has tightened their defence, though. Denver has allowed 101.6 points per game, 10 fewer than the previous season’s average. Portland players do the bulk of the scoring in 3-pointers normally 41+ points. Wherein Denver has a better defensive record, stopping 3’s.

In their latest meeting, Denver had a 29 point victory against the Trail Blazers, taking full advantage of Lillard’s absence. But the situation will be different now. Lillard will be back on the court while Denver will be missing Hyland due to an ankle injury.

Overall, it will be a matchup between Portland’s backcourt and Denver’s frontcourt. But with a run of forms and Portland should please their home crown with a win here.

Michel Porter Jr. (Back): Expected to be back on 26th December

Zeke Nnaji (Ankle): Expected to be back on 26th November

Jamal Murray (Knee): Expected to be back on 1st March

Nah’Shon Hyland (Ankle): Expected to be back on 26th November

How to watch Portland Trailblazers vs Denver Nuggets?

LA Clippers and Portland Trailblazers will match up against each other at Staples Center. The stadium is prepared to accept fans at full capacity. International viewers can access the game on NBA League Pass. While local broadcaster for the US will be ESPN.

Rafael Nadal and His Record at the French Open – How Good Has the Spanish Player Been at the Clay Court?