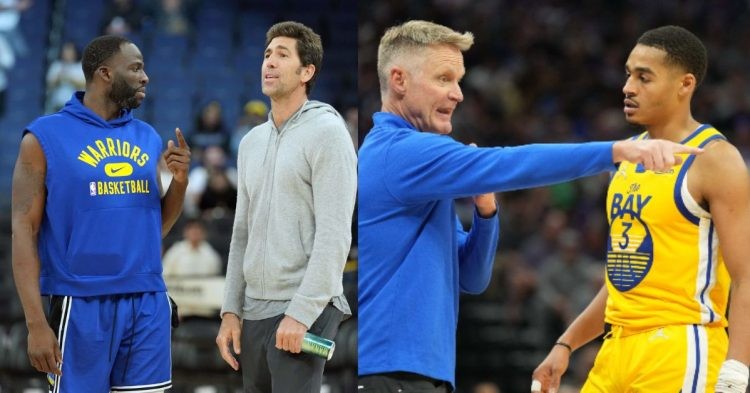 It came as shocking news to NBA fans when they found out that Draymond Green and Jordan Poole got into a physical altercation. The incident occurred during a Golden State Warriors practice scrimmage. Initial reports indicated that this would be handled as an internal matter by the Warriors. Thankfully Poole was not injured and returned to practice.

Since then, footage of the actual fight has been released by TMZ sports. It is still unclear how and why this was made public. Be that as it may, now that it mysteriously did get released, we should wonder how this will affect the 2022 defending champions. Moreover, the sudden release also led several fans to create theories on how there could be an internal plot behind this.

The internet is always full of theories when things that appear to be suspicious occur. We all found out about the fight a few days ago. However, just as it seemed like things are dying out and people are forgetting about it, this footage has been released.

In the video, Draymond’s attitude and the force of the blow looked much more devastating and dangerous than we expected. Several NBA fans took this chance to criticize Green. Additionally, some also claim that things would never be the same between him and Jordan Poole again,

“It’s wild this leaked. NBA practice fights nevvvverrr leak I feel like if they were going to resign Draymond we would have never seen this video.”

That might certainly be the case. However, some have even gone far enough to claim that the Warriors might have had a hand in this video being released in the first place. This might initially seem like one of many stupid theories. Be that as it may, it is important to understand how the organization has to make tough decisions moving forward.

Especially concerning which players to keep on the roster and which to move on from. It is now common knowledge that Draymond Green is expecting a maximum contract as his current one expires. On the other hand, GSW is one of the NBA teams deep into the luxury tax. Thus, people are making conclusions that the Warriors let the video be released.

It’s wild this leaked. NBA practice fights nevvvvveeerrr leak I feel like if they were going to resign Draymond we would have never seen this video

Unfortunately for Green, his chances of getting a max contract have diminished with this incident. Some even claim that the Warriors will be looking to avoid resigning him entirely. We will only know more about how they handle this situation as time goes on.