The Golden State Warriors will have a part of their dynastic team back with Andre Iguodala returning to the team and Klay Thompson making a comeback this season. Warriors play their first preseason game on 2021-22 NBA season on the road against the Portland Trail Blazers Monday night. Stephen Curry, Draymond Green and others are travelling with the team but Klay Thompson is not yet cleared to play.

Stephen Curry is coming from a record-breaking season, being titled as the scoring champion for the 2020-21 NBA.season. However, the Warriors fell short in the fight to earn a playoff spot last season. Although they made the #8 seed after the regular season they lost to Lakers and grizzlies in the play-in tournament. They suffered throughout the season with injuries to starters and important role players but this season they are expected to make a comeback.

Head Coach Steve Kerr will give all the 16 available Warriors some minutes in the first preseason game for the team this season. They will face Portland Trail Blazers on the road Monday night with Stephen Curry, Draymond Green and Andre Iguodala most likely in the starting lineup.

These starters along with Klay Thompson swept the Portland Trail Blazers in the 2018-19 NBA season. Stephen Curry and Damian Lillard are by far the most entertaining players to watch in the NBA. Their long-range shooting and passing prowess make them arguably the top 2 PGs in the league right now.

Steve Kerr said he anticipates all 16 available Warriors will get some amount of court time in tomorrow‘s preseason opener in Portland, including Steph Curry and Draymond Green.

However, it is still unclear whether Damian Lillard and CJ McCollum will be playing in the first preseason game against the Golden State Warriors. Trade rumours about Damian Lillard were rampant throughout the offseason ever since the embarrassing first-round exit for the Blazers against Denver Nuggets in the playoffs last year. He quashed all the rumours on social media but the disappointment due to the lack of help is evident.

In addition, Andrew Wiggins got vaccinated after financial repercussions were made clear to him. Klay Thompson, James Wiseman, and Gary Payton II are ruled out for the game due to injuries. Golden State Warriors GM Bob Myers believes Klay Thomson will make a return sometime in January after missing two seasons. 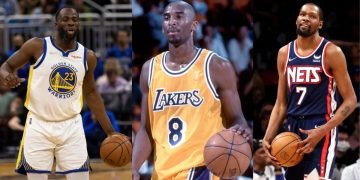 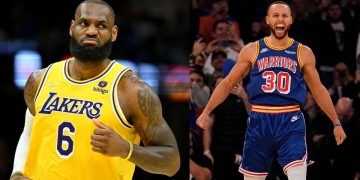