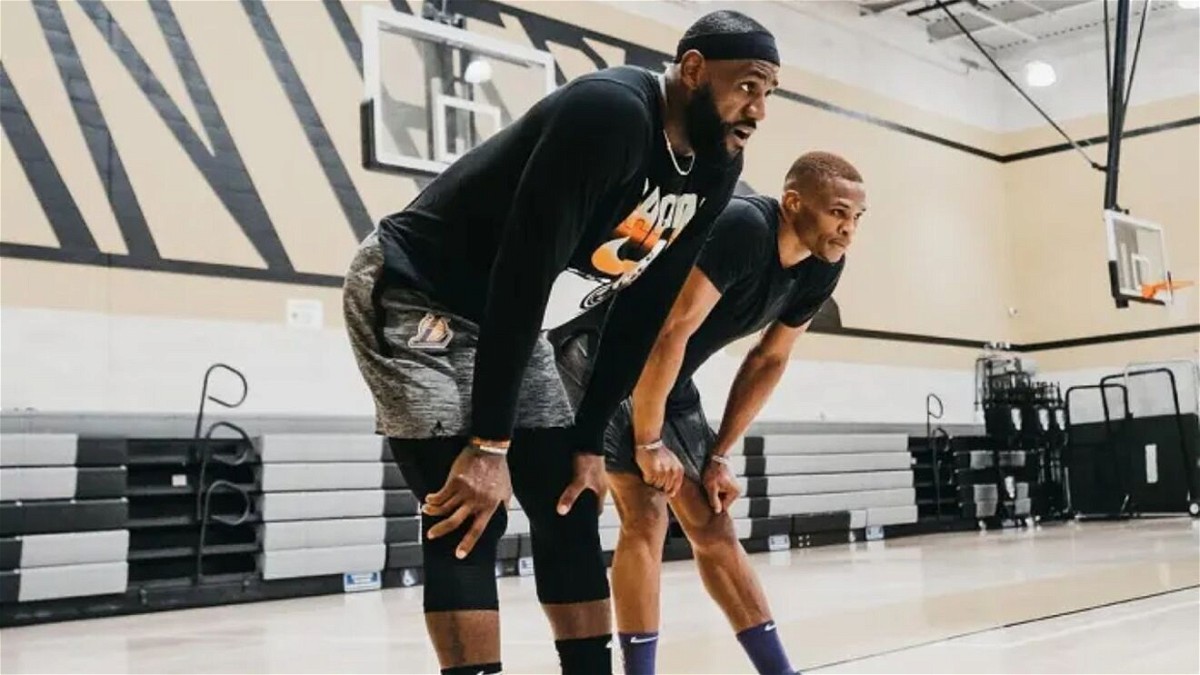 Good to get back out there! https://t.co/B9CZRadjDv

In addition, the offseason was shortened due to the pandemic and disturbance in the schedule last season. Coach Frank Vogel wanted to make sure he gives enough rest to LeBron James and Westbrook as they are going to be crucial for their championship aspirations.

As they played in the bubble until the end and ultimately won the championship, they carried a lot of that strain into the 2020-21 season. LeBron James and Anthony Davis missed a month in April during the regular season and almost missed the playoffs. In playoffs, AD had to be sidelined after groin injuries and the defending champs were knocked out in the first round.

Also Read: “The Only Options Were To Get Vaccinated Or Not Play In The NBA,”: Andrew Wiggins Speaks On His COVID-19 Vaccination

Coach Frank Vogel announced that he plans to start LeBron James and Russell Westbrook in at least two games in the preseason. So far, LA Lakers have played Brooklyn Nets and Phoenix Suns. Despite Anthony Davis playing considerable minutes, they are 0-2 in the preseason.

Anthony Davis is returning from an injury and trying to shake off the rust before the regular season begins. Frank Vogel is experimenting with different starting lineups and rotations in the preseason to check which is most effective.

Frank Vogel says that it hasn't been decided yet when LeBron and Russ will play, but they'll play "at least two" games in the preseason.

LA Lakers have high hopes on their new recruit Malik Monk and so far, he is standing up to those standards. He was the leading scorer in both games even though the team lost. They have 4 more preseason games left and the 23-year old shooting guard will be closely observed throughout.

They face the Golden State Warriors Friday night and it will most likely be a trial run for the season opener between the two teams on October 19th. Vogel hasn’t ruled out LeBron James from the upcoming game and Stephen Curry has been playing in the preseason games. It will be interesting to watch the in-state rivals have at it once again after the play-in tournament last season.

Also Read: Jordan Poole Will Be the #2 Option for Golden State Warriors Until Klay Thompson’s Return