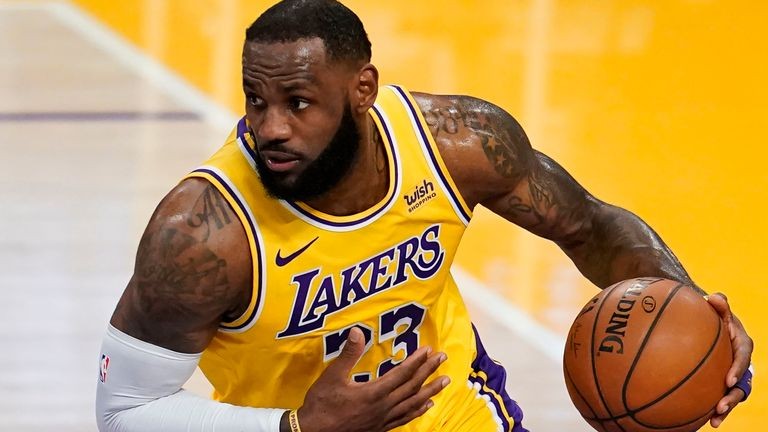 Basketball returns after a 2-month offseason which was laden with surprising trades and signings. LeBron James and the LA Lakers revamped their roaster entirely by trading a young core for veterans like Russell Westbrook Dwight Howard and Carmelo Anthony. They will face title favourites Brooklyn Nets as the first preseason matchup on Sunday night.

LA Lakers were unable to defend the title last season mainly due to the injuries suffered by Anthony Davis and LeBron James. Both these players missed about a month of regular-season games which led to the team slipping down to #7 seed right before the playoffs. They secured the playoff position in the play-in tournament. However, Anthony Davis had groin injuries multiple times during their face against the Phoenix Suns which ultimately led to the Lakers being knocked off in Game 6

Russell Westbrook trade came as surprise to the NBA world and several other signings like Carmelo Anthony, Dwight Howard and DeAndre Jordan were seriously questioned by fans. LeBron James defended the decision made by the Lakers management and is positive that the team will be a title contender this season as well.

LeBron James, Russell Westbrook and Carmelo Anthony will not play against the Nets

La Lakers are being extremely cautious with their veteran roster this season which is reflective in their decision to sit out LeBron James and Carmelo Anthony. Due to the pandemic, the offseason has been shortened to 2 months as opposed to the 3-month break that playoff teams get in a normal situation.

The strain from the season before when offseason was even shorter had negative effects on all teams, especially the LA Lakers. Frank Vogel is giving enough time to veterans like LeBron James, Carmelo Anthony and Russell Westbrook to recover and make a return on their own terms. In addition, the pre-season games are a formality and have no real consequence on the final outcome. It is futile to risk injury to their star players for a preseason game.

Anthony Davis will play in the game against Brooklyn Nets on Sunday night but his time is likely to be contained to just one quarter as he is healing from the injuries he suffered in the postseason. Although Kyrie Irving won’t be able to play in Staples centre due to the vaccine mandate in California, the playing status of James Harden and Kevin Durant is unknown.