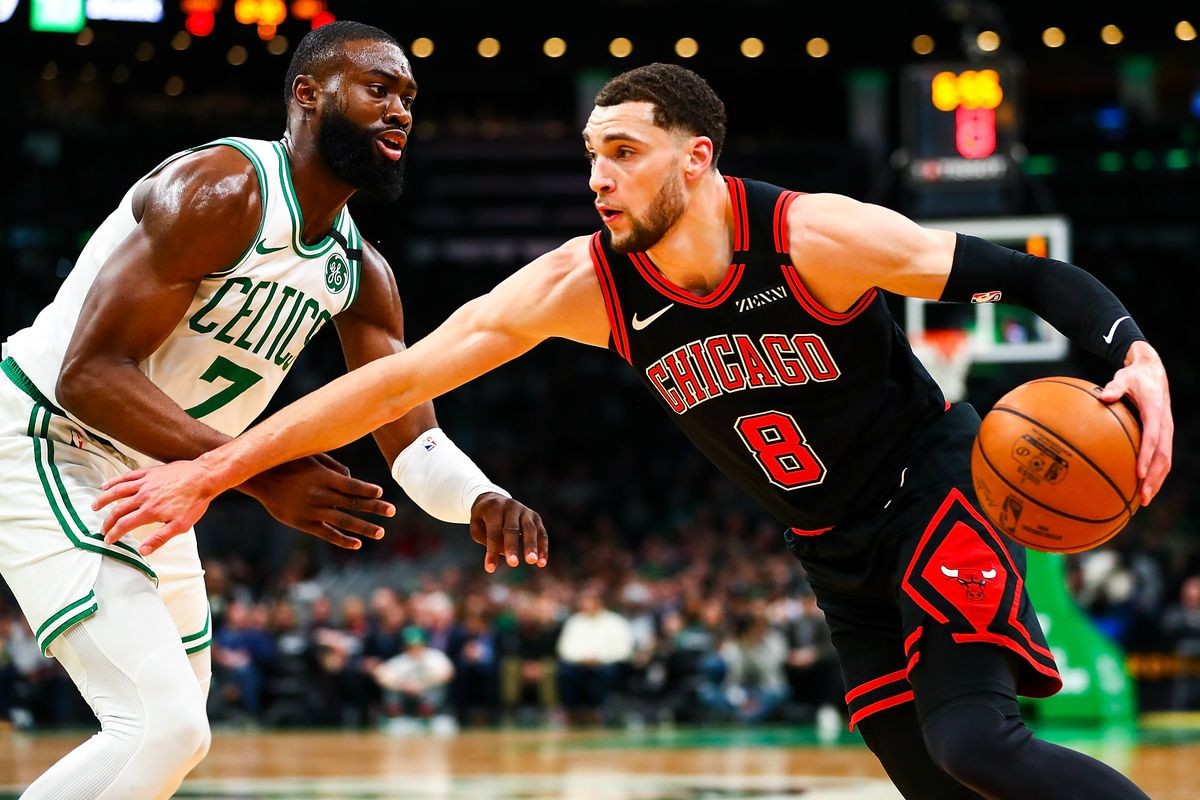 Boston Celtics face Chicago Bulls tonight in a back-to-back fresh off of a victory over Cleaveland Cavaliers, the later will try to redeem itself after a loss to the LA Lakers. Although the Celtics hold third seed in the eastern conference, they racked up 3 losses in the last 5 games due to the absence of Jayson Tatum in accordance with the covid protocols. Philadelphia &6ers recorded two consecutive victories over Boston despite Jaylon Brown’s continuous efforts.

Chicago Bulls, on the other hand, are struggling like they do every season trailing somewhere at 10th position in the east. They lost to all title contenders so far. However, Zach LaVine is having a career-high season averaging 26.8 points, 5.2 rebounds, and 5.4 assists per game with considerable defensive presence and several 30-point games this season.

Boston Celtics and Chicago Bulls are facing each other for the first time this season. While Chicago Celtics had a balanced schedule so far, Bulls had one of the toughest. They faced LA Lakers twice, LA Clippers once, and Milwaukee Bucks once. They lost to all the title contenders, and it won’t be an exaggeration to say Boston Celtics are title contenders as well despite fewer odds to win the championship. This will be a tough matchup for the Bulls more so than the Celtics now that Jayson Tatum has been cleared to play.

Although Chicago Bulls are currently averaging more points per game than Boston Celtics, they allow their opponents to score more points than the latter. While per-game point differential is not that high, opponent point differential is significant which works in favor of the Celtics. Even though the Bulls are better than or comparable to the Celtics in almost all aspects, their defensive efforts are not at all reflective when compared to Boston. They give up far more points, rebounds, and FG% to their opponent.

Both teams are comparable offensively but defensively Celtics are much better. And this defensive effort will be the difference maker tomorrow along with Jayson Tatum’s return after missing five games. In addition, Jaylen Brown is making a case for the most improved player in the league averaging 27.3 at 53.2% efficiency.

Boston Celtics will win tonight over the Chicago bulls and it will be a close victory.

How to watch Boston Celtics vs Chicago Bulls?

Boston Celtics vs Chicago Bulls will be aired on NBCSCH for Chicago residents and NBCSB for viewers in Boston. International users can access the game on NBA League Pass.

What’s Next For Conor McGregor?