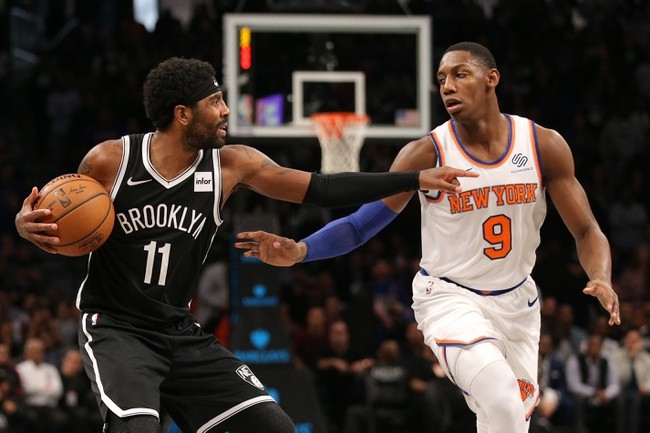 The New York Knicks have come a long way from being the worst team in the league for several years. They are in the playoff scenario after almost a decade now and are on pace to finish 6th or 7th in the eastern conference. Prior to the All-Star break, they had 5th seed to the surprise of everyone in the league, however, after a loss to the Milwaukee Bucks they slipped down to 7th position.

Brooklyn Nets on the other hand have taken the league by storm ever since they pulled off the James Harden trade in January. In addition, they added big man Blake Griffin to the roaster who is yet to play for the team. With Kevin Durant sidelined due to an injury, James Harden and Kyrie Irving have carried the Nets to second position in the eastern conference. They are at par with the Philadelphia 76ers and will soon take their spot at the top.

Even though the Knicks have improved tremendously this season can they tie the record at 1-1 with the Brooklyn Nets tonight?

This is the second time the Ney York Knicks and Brooklyn Nets face each other this season. Their first match up concluded in favour of the Nets while Kyrie was out and James Harden acquisition hadn’t happened. However, it’s worthy to note that the Knicks were in the transitioning phase with a 5-7 record at the time.

Even though the Knicks didn’t get blown out by the Nets in their first matchup, the end results weren’t very close either. However, the Knicks have made a good move acquiring Derrick Rose who is responsible for the turn around as well as All-Star Julius Randle. The New York Knicks are 4th defensively in the league which will be a huge difference-maker tonight. 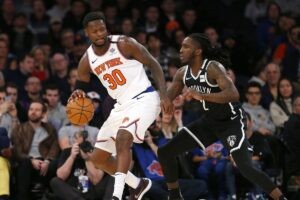 These two teams are polar opposites statistically. While Brooklyn Nets are an offensive power which they tend to change with Blake Griffin’s addition, the New York Knicks play elite defence. Brooklyn is 120.6 points per game, the highest in the league whereas the Knicks average 105, one of the lowest. However, The Knicks restrict their opponents to 105 points while the Nets 115.4.

If James Harden or Kyrie Iring have a bad shooting night they will lose this game without a doubt. This game depends entirely on the shooting ability of the Nets and the defence of the Knicks. The outcome of the game will favour the team that performs better in the ability they have a comparative advantage in.

With all aspects in mind and the star stubbed roster of the Brooklyn Nets they certainly have and are expected to win over the New York Knicks tonight.

How to watch Brooklyn Nets vs New York Knicks?