The all-round rookie vs all-round veteran face-off is something that all NBA fans are waiting to watch. LaMelo Ball’s Charlotte Hornets take on LeBron James’ LA Lakers tonight as both teams face each other for the first time this season. LaMelo Ball’s interesting conversation about facing LeBron James about the same will make the matchup even more worthwhile.

Charlotte Hornets are having a balanced season with their ROTY leader LaMelo Ball. He is leading the rookies in almost all aspects so far. The Hornets are currently 5th in the eastern conference which is an unforeseen sight. LaMelo Ball is turning out to be everything Lonzo Ball was supposed to be. The LA Lakers on the other hand struggled right after Anthony Davis’ injury, however, bounced back in LBJ’s leadership to retain third seed in the western conference. 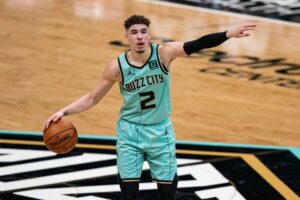 When asked about facing LeBron James for the first time, LaMelo Ball didn’t seem fazed at all. While most young players idealize Bron, this rookie has different priorities. He states that he grew up different and that basketball isn’t the centre of his universe. Ball said he would approach the game like any other and ‘try to get a win‘.

Also Read: Stephen Curry Injury Update: Will He Return for the Game Against Grizzlies?

The Charlotte Hornets do not have any Covid safety protocol casualties or sidelined players coming in tonight but the Lakers do. Although it’s been a slippery slope for the Lakers without AD and Caruso. they are on a 3-game winning streak. they are still top 2 defensive team in the NBA although their offence has suffered quite a bit.

In AD’s absence, LeBron creating a lot of MVP buzz after supposedly being snubbed last season. If the Lakers win tonight, they will take the second seed while the Hornets may slip down to the 7th. If, however, the Lakers lose, they will safely remain at the third seed with LA Clippers 3 games behind. 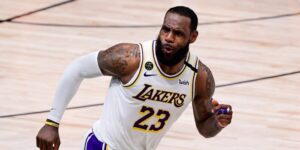 Hornets are better than the Lakers beyond the arc but the Lakers have better overall field goal efficiency. In addition, the Lakers are miles ahead of the Hornets in defence which is the deciding factor when both teams have comparable shooting. Lakers commit fewer turnovers and block more shots per game. The matchup seems to be in favour of the LA Lakers offensively as well as defensively unless the Charlotte Hornets torch the 3-pt line tonight.

The odds are in favour of the LA Lakers winning tonight in a close battle.

How to watch LA Lakers vs Charlotte Hornets?