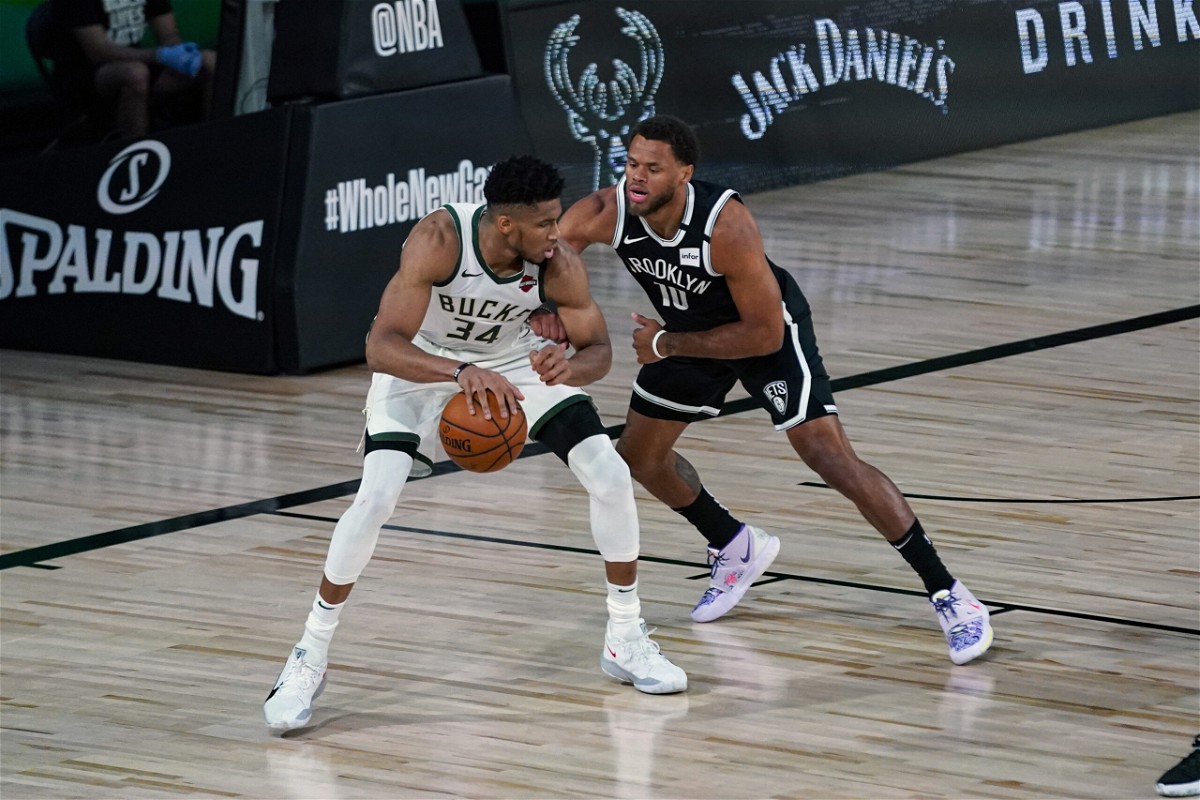 NBA has a great lineup in place to kick start MLK day on 18th January. Especially after the events that took place in 2020 pertaining to the black lives matter movement, the league paired up big teams to reach out to the masses watching the game. We will be watching the potential eastern conference finals matchup on display tonight between Milwaukee Bucks and Brooklyn Nets.

Ever since the news about James Harden trade broke out, the Nets have elevated their position in the title contenders list. His addition to the roster is invaluable to the Brooklyn Nets at the time when Kyrie Irving’s priorities and commitment to the team is up in the air. Brooklyn Nets are facing the Milwaukee Bucks for the first time in two seasons with their entire roster.

Also Read: NBA to Investigate Videos of Kyrie Irving Partying at a Club

James Harden’s debut against the Orlando Magic on Saturday night was one for the history books. Brooklyn Nets were on a losing streak after Kyrie Irving’s mysterious absence however, they bounced back and recorded three back-to-back wins to take the 5th seed in the eastern conference. It is certainly not the ideal position to be in but it’s too early in the season to rule them out.

On the other hand, Milwaukee Bucks dethroned the Philadelphia 76ers from being the top seed week after week. They currently boast the best record in the eastern conference and one of the top title contenders in the league. They have been relatively lucky this season without any significant injuries or covid setbacks. However, that is not the case with the Brooklyn Nets.

James Harden is fulfilling the guard position in the starting line up with exceptional assist numbers this season. He concluded his Nets debut with 32 points 11 rebounds and 14 assists along with 4 steals. However, his field goal efficiency and turnovers were concerning, Kevin Durant had a terrific night as well with 42 points at 61% efficiency. KD and Harden combined for 15 of the 19 turnovers committed by the Nets which is not at all promising.

Milwaukee Bucks are better than or comparable to Brooklyn Nets in almost all aspects except free-throw shooting. With the addition of  James Harden, this might be a deciding factor of the game. Bucks have the height advantage over the Nets if their current starting lineups are compared. If Giannis Antetokounmpo is assigned James Harden it will bear fruitful results.

In conclusion, Milwaukee Bucks have the edge over Brooklyn Nets statistically and will likely emerge victorious tonight.

Spencer Dinwiddie (Brooklyn Nets): Out indefinitely due to ACL injury

How to watch Milwaukee Bucks vs Brooklyn Nets?

Milwaukee Bucks vs Brooklyn Nets will be aired on TNT for national viewers. International users can access the game on NBA League Pass.