Third seed in the western conference LA Clippers face third seed from the eastern conference Milwaukee Bucks tonight. Their first matchup concluded in the favour of the Milwaukee Bucks albeit a close win. They match up for the last time this season and the Clippers are set to tie the series 1-1. It will be interesting to see whether Giannis Antetekounmpo allows it or not.

Defending champions LA Lakers and star-studded Brooklyn Nets have taken all the attention away from LA Clippers and Milwaukee Bucks. Due to an early playoff exit last year, both teams are severely undervalued to win it all this season. They might turn out to be the silent killers in the postseason if they play as well as they are playing currently. 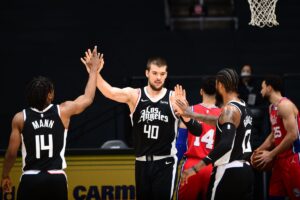 The LA Clippers are on a 5-game winning streak whereas Milwaukee Bucks are coming off of two straight losses to the Boston Celtics and New York Knicks. But the Bucks are well-rested whereas for LA Clippers this is a back-to-back game. Whether the momentum helps them or the fatigue acts as a barrier will be interesting to see.

In their last match up Paul George’s poor shooting cost them the game. Even though he started the season strong, he has been highly inconsistent lately. When facing a championship contender like the Milwaukee Bucks, the Clippers need to be at their A-game. In Addition to Paul George Patrick Beverly and Marcus Morris struggled against the Bucks as well. 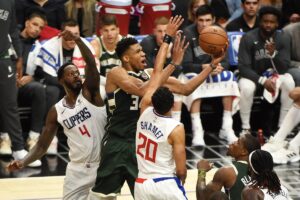 Statistically, Milwaukee Bucks are better scorers and rebounders than the Clippers. The difference is not big but enough to make determine the outcome of the game. Clippers are better beyond the arc but Giannis Antetokounmpo gives the Bucks dominance in the paint like no other player. Defensively, however, the Clippers have an edge despite the Bucks having the reigning DOPY.

Milwaukee will be hungry for a win tonight as they lost two in a row. Giannis Antetokounmpo will step up to give Milwaukee a win over LA Clippers tonight as the latter may be fatigued due to a back-to-back game and 5-game winning streak. With Patrick Beverly and Serge Ibaka out LA will lose the defensive edge it has over Milwaukee Bucks.

Rajon Rondo: Ruled out due to groin injury

Patrick Beverly: Hasn’t played in weeks because of a knee injury and will remain sidelined tonight as well.

Serge Ibaka: Will remain out with back issues

PJ Tucker: Due to calf injury he is listed as out for Monday’s game against the Clippers

How to watch Milwaukee Bucks vs LA Clippers?

Milwaukee Bucks vs LA Clippers will not be televised nationally however, LA residents can watch the game live on FSPT and regional viewers from Milwaukee can follow it on FSWIS. International viewers can access the game on NBA League Pass.