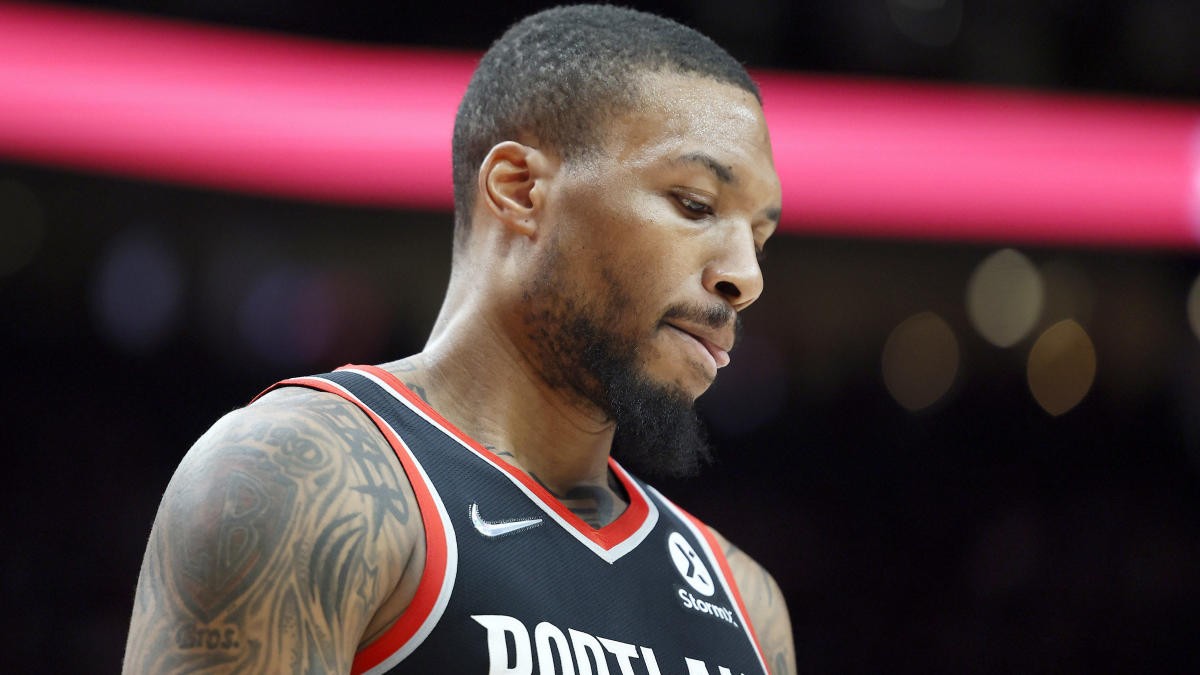 Portland Trail Blazers already have enough issues to deal with, and now rumors about Damian Lillard might make things worse. Damian Lillard has not played in the last 5 games with the Blazers. Abdominal issues have kept him sidelined. Rumors claim that he might not make come back at all this season.

His last game was against the Lakers on new year’s eve, which ended in heavy 33 points defeat. Portlanders have a poor record (16-24) this season and rank 10th in the West. Damian Lillard’s poor form at the beginning of the season and injury issues with main players can be considered as the main reason for the Blazers’ poor show.

31-year-old Dame has given everything for the franchise but couldn’t make it to the NBA finals in his last 9 seasons with the team. Their best record is conference finals loss against the Warriors in the 2018-19 season. The Blazers tried to build the team around Lillard but failed to deliver 2nd NBA title after 1977.

Coach Chauncey Billups commented about Lillard’s injury. He said that, if Dame doesn’t find any relief through the recovery process or even an extended rest period, the team is ready to give him more time to recover. Even if it is till the end of the season. It makes the Blazers stand clear about Damian Lillard. But now this rumor, if true will make them reshuffle their roaster and try to get maximum possible results to keep Damian interested in the franchise project.

“Don’t be surprised if Damian Lillard has played his last game of the 2021-22 NBA season.”

Also Read: “I’m not the shooter I am without him”: Stephen Curry Reveals Why He Had Klay Thompson’s Jersey in the MSG Locker Room

Many reports have claimed that Lillard is not happy with Trail Blazers’ current situation and demands some trades to make a strong push for the postseason. This could be possible if the Blazers work on trades this season only before the trade deadline closes. It could bring Lillard on board again and miraculously they make it to the postseason.

In case Portlanders couldn’t get a productive player Damian is asking for, he might not be interested in games not leading to the ultimate prize. Then their young players will have a chance to get more game time. It will allow players to grow and perform better next season with Damian’s fresh attempt at a championship run.

Some people even combined the rumor with “Lillard’s trade from Blazers”. But Damian has signed a long-term contract with the team till 2026 – indicating his desire to stay with the franchise. Also, he had openly denied any trade request from his side.

Novak Djokovic Has No Right to Stay in Australia: Márton Fucsovics Blasts Djokovic For His Anti-vaccination Stance