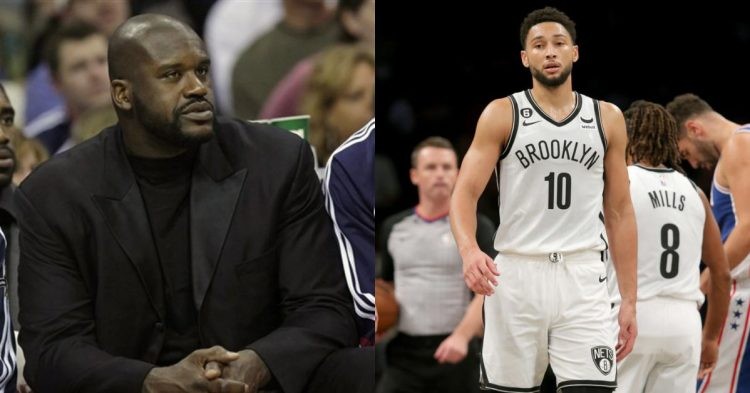 Shaquille O’Neal is a former NBA player most known for his time with the Los Angeles Lakers. He is still actively involved in the league and the sport despite his career ending over a decade ago. O’Neal recently got on an interview where he shared his opinion of mental health.

We are already familiar that mental health issues and mental illnesses such as depression have been given the limelight in recent times. After all, Nets star Ben Simmons recently cited mental issues as one of the reasons for forcing his way out of and avoiding playing for his former team, the Philadelphia 76ers. Since Shaq is now a sports analyst and anchor for the NBA, we should wonder about his stance on this prevalent issue.

It seems the world is always on some kind of pendulum, swinging from one extreme to another. Over a hundred years ago, people simply couldn’t care less about mental health. However, that is all most health professionals can talk about in the current setting.

Everyone is free to have an opinion on the issue. Some believe mental health is of paramount importance, while others believe it is just ammunition to make excuses. Shaq was asked to share what he thought on the subject. Given its importance, we expected him to either completely back it up or dismiss it. However, he had quite a thought-provoking response:
“It is (a growing issue) and I don’t like talking about it because I have to fully understand it. And I would like to see all the spectrums because I think it’s fair to say we all have mental health problems. We all have issues right? But I need to talk to somebody. I need to see what that really means and then I need to …Is mental fortitude and mental health the same thing? Before I speak on it. Before I start saying he can’t do this and he can’t do that I need a better understanding. There is an ongoing problem but I don’t like to speak on stuff that I’m not well-versed in.”

No matter what issues we have with O’Neal’s opinions, it is hard to deny his accuracy in this case. People, especially famous people show tendencies to talk on all subjects with confidence, even if not proficient. However, Shaq had no problem admitting he did not know enough to speak with authority.
Tags: NBAShaquille O'Neal
Previous Post