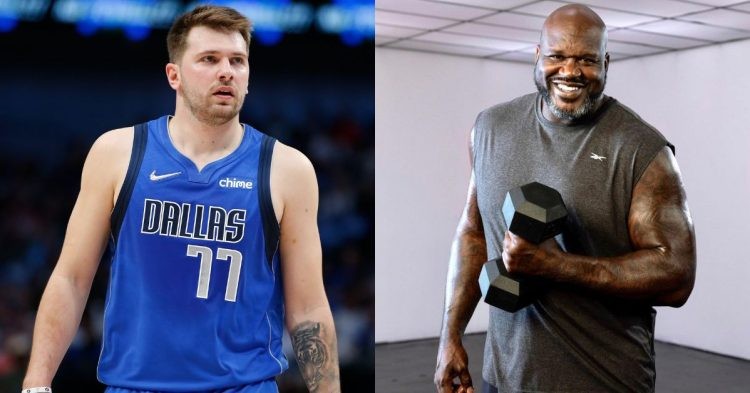 Weight is one of the most important aspects that a player needs to consider when he is playing in the NBA. A player who is always included in the conversation about weight would be Shaquille O’Neal. As we all know, Shaquille is one of the most dominant players to ever grace the game we all love. If we’re being honest, his weight and size surely must have had a significant role in that.

Recently, he spoke about Zion Williamson, another young NBA player who is always targeted by fans for his weight issues. On The Big Podcast with Shaq, the former LA Lakers star said, “When I start losing weight getting thin, I would get injured more from contact but when I was big and looked out of shape, I was in charge. But listen, he looks good, I wish him well but I liked him when he was big Zion.”

Zion caught the eye of the NBA world recently after losing weight over the off-season. The time came after he received plenty of criticism for being bulked up. With Shaq’s new theory of weight, he might have caused some relief for one NBA star; Luka Doncic.

We are all familiar with the criticism Luka Doncic has been receiving for his weight. In the past, NBA fans have called him out for being overweight and fat despite being an athlete. The Dallas Mavericks star has even responded to his critics. He said, “I don’t mind at all. If I cared about what people I don’t hang out with say, I wouldn’t be here. I don’t mind at all.”

Luka Doncic in the gym putting in work. 😤

Even though Luka put in the work this summer to lose the fat he had gained last year, fans still believe that he should be thinner. The main reason for that would be how dominant he is on the court even when he looks to be overweight. That prompts NBA fans to think how dangerous he would be if he was lean and more mobile. However, it seems like NBA legend Shaq doesn’t think that way.

As Shaq said, he liked Zion when he was bulkier, when he could bully his way through an opponent’s defense. He drew the comparison to his physique back in the day when he was a player and mentioned that he felt like he was in charge when he looked out of shape.

Luka might be relieved to hear these words from a 4x NBA champion. Moreover, to be honest, Shaq is right to an extent. Being big does help a player to be more physical during a game, whether it is offense or defense, it is surely a strength at times.

The problem rises when one is extremely overweight and lets his size hinder his game. After all, Luka is far from that he is already a great player and is the frontrunner for the NBA 2022-23 MVP award as of now.