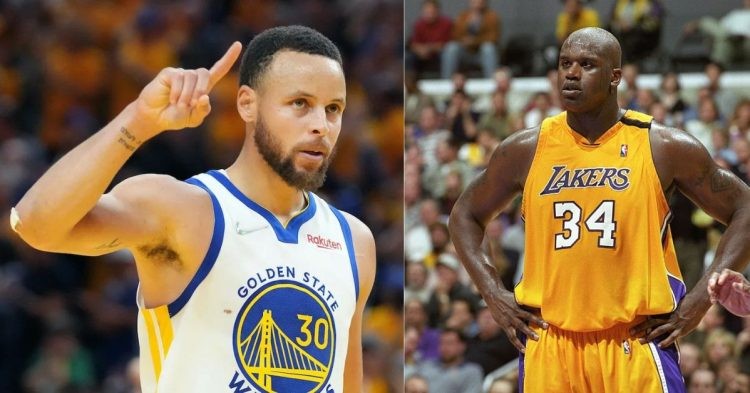 Stephen Curry is one of the greatest players to ever play in the NBA. The way he has contributed to the Golden State Warriors‘ success can never be ignored. The Warriors drafted him at #7 in the 2009 NBA Draft. Since then, he has cemented his place in the Hall Of Fame after consistently stepping up for his team.

2022 has been an eventful year for Steph so far. He won his fourth NBA title for GSW after beating the Boston Celtics, together with the Finals MVP trophy. The 2021-22 season was one of his best in his career. Steph averaged 26.0 points, 6.2 assists and 5.2 rebounds in 86 games including playoffs.

Apart from the numbers, Curry saving his world-class performances for the best times was also interesting to see for fans. One such example was his 43-point masterclass against the Celtics in the finals. It seems he just made his case stronger for one of the best players of all time. The Chef has become a favorite among former players and fans after his electrifying form. It is no surprise that Shaquille O’Neal is one of them.

Shaquille O’Neal thinks Stephen Curry is in his own category like LeBron, Kobe and Jordan

As Shaq says, Steph may well be the best shooter of all time. He currently sits at the throne for most three-pointers (3117) made after overtaking Ray Allen in late 2021. It doesn’t seem like anyone is coming close to Steph’s record soon.

Shaq also mentioned his own name as an example to be in a separate category. “I’m in a category, but there’s another name that you have to mention: Wilt Chamberlain and Shaquille O’Neal, the most dominant ever. I’m fine with that. But in his category, he’s by himself. Greatest player ever, 10 people in that category.”

“Then if you look at him, he still looks like a little kid. That’s what amazes me the most — Jordan was big, Kobe was big, Bron is big. If you saw Steph in the grocery store and you didn’t know who he was, you’d just think he was a regular guy food shopping,” O’Neal added.

When the Baby Faced Assassin initially came to the league, many criticized him for his small size and frame. Fans even claimed that he did not have what it takes to succeed in the NBA. Curry has proven to everyone that you don’t have to be tall or big in size to become one of the best players of all time. He has changed the game forever with his three-point shooting and his name will always be remembered.