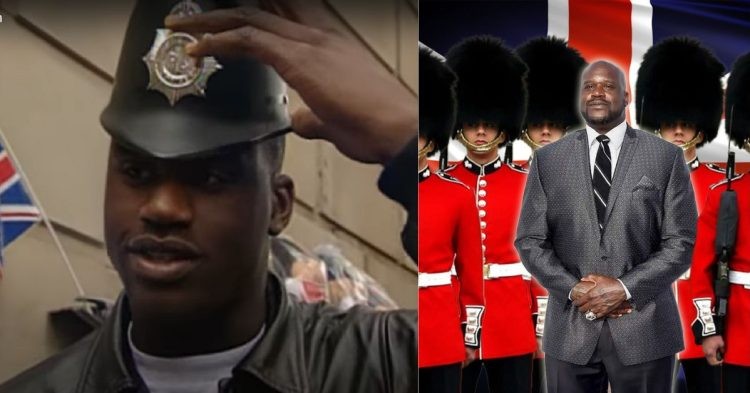 Shaquille O’Neal is one of the most well-known and popular NBA players ever. His larger-than-life personality makes him stand out among the masses with ease. He has consistently taken part in the NBA’s activities despite his playing career ending over a decade ago. Shaq was also present at the NBA Abu Dhabi games where the Milwaukee Bucks and Atlanta Hawks faced off in an exhibition game.

O’Neal certainly had a blast and was the center of attention during these games. However, he was in quite a difficult spot many years ago when touring another country overseas, London. In fact, he even revealed that he was almost arrested and was bailed out in the nick of time. One should wonder what Shaq did wrong all those years ago and how he escaped without being imprisoned.

Those who are familiar with the system in London know that the queen’s guard is quite a peculiar phenomenon. They are not allowed to move or even budge an inch no matter what. Unless of course, a crime is committed and they have no choice but to step into action as the police force in the country.

Shaq revealed that he made a bet with one of the members of his team that he could make the London guards move. This is a very dangerous game to play as this is considered to be somewhat of a serious offense and a slight against the queen. However, O’Neal had no problem complying with the bet and tried his hand.

“I went to London and I almost got arrested. Prince Charles had to save me” O’Neal claimed. He went on to explain how he managed to make a guard move, “Because they have really good discipline… I kind of bumped into one by accident and they came and detained me.”

We will never know if the guards took Shaq at face value, or if Prince Charles actually pardoned him for engaging in this amusing prank.