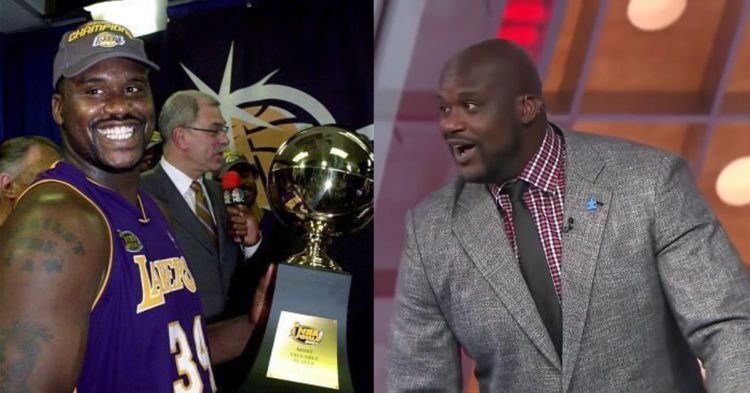 Shaquille O’Neal once lost his cool and almost got violent on air when filming Inside The NBA on TNT. As NBA fans must certainly be aware, O’Neal is still actively involved in the sports world as a show host for ESPN amongst many other things.

He was enraged to find out that the rest of his crew made up a fake All-Time NBA Centers list and began airing it for them to comment on. One might certainly be interested in knowing where the 4x NBA champion was placed on this list and who the other NBA greats mentioned were. Additionally, we should also understand why Shaq lost his cool and what happened after he did.

Where does Shaquille O’Neal rank among the all-time centers?

It would appear that everyone wanted to pull a prank on Shaq. As a result, they showed him the list while intentionally leaving him till the very end. This was just to catch his reaction and make fun of him for feeling mildly offended over all of this.


The list began with Kareem Abdul Jabbar, whom we all know is the current NBA All-time leading scorer and creator of the “sky hook.” They gave the second spot to the late Bill Russell, who won 11 NBA titles with the Boston Celtics.

O’Neal seemed to have no problem conceding that these players deserved to be ranked high. He also seemed fine with the fact that Wilt Chamberlain was ranked third. However, as the list went on Shaq grew increasingly tense. Especially after David Robinson and Hakeem Olajuwon were named. After all, O’Neal had more titles than both of those players.

He grew quite annoyed when the list then placed Miami Heat center Alonzo Mourning at 6th. That turned to disbelief when the list showed Jack Sikma next/ Sikma was a  former NBA star who played for the Seattle Supersonics averaging about 15 points a game throughout his career.

Dwight Howard was an NBA player whom many compared to Shaq. However, O’Neal always considered himself superior. Therefore, he must have been infuriated to see that Howard was ranked 8th on the list. Finally, Shaq came in at 9th with a picture of a seal and Brad Miller rounded out the 10th spot.


The crew soon revealed to Shaq, who had gotten up and started swinging around his arms and legs that this was an April Fool joke. Thankfully, he calmed down before any real damage was done.

In all seriousness, Shaq is undoubtedly one of the greatest NBA centers to ever play. Definitely top 5 if not top 3. Unfortunately, they all played in different eras, making it difficult to form a certain conclusion.