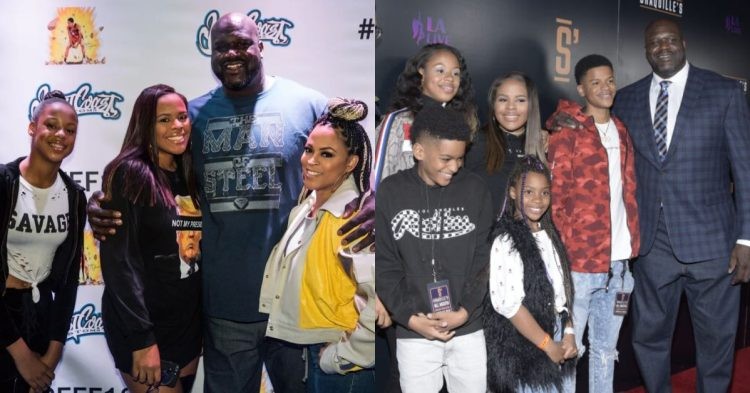 We all know Shaquille O’Neal has been quite serious about being a good father and a role model to his kids. An example of that would be his demand to his children to attain two degrees before they can inherit the former LA Lakers star’s wealth.

Similarly, Shaq has another bizarre rule for his kids. It’s related to his sons’ and daughters’ dating life, which seems to be one of his biggest concerns. On The Ellen Show, O’Neal revealed the ground rules he has set in his household.

Speaking of why he has different rules for his sons and daughters, Shaq said, “And I want them to realize that, ‘hey you have to be happy within yourself. You don’t really need anybody to make you happy. You have to be happy for yourself and you can do your own thing.'” Apart from the rules, Shaquille also sent a stern warning to any of his daughters’ future boyfriends as he revealed he was waiting for that day to come.

“I’m going to torture them. Well you know the first thing I have to let the guy know is, all the little things that you think you’re doing, I invented. You know, all the little sly moves…I did all that stuff. So I need to let him know that I know what he’s thinking. I’d just really really torture him.”

How many kids does Shaquille O’Neal have?

The former NBA legend currently has six children, three of which are boys and three are girls. The most famous O’Neal child would be Shareef, who currently plays in the G League after signing with the team Ignite. He has two brothers, Shaqir and Myles. Although speculations suggest they have been in relationships before, that isn’t the case right now.

His appearance on the show was in 2018, a few years ago. Then, two of his daughters were still teenagers and his adult daughter, Taahirah, was still studying at the time. However, things have taken a turn now. The relationship statuses of Taahirah and her half-sister Me’arah are unknown.

The interesting news is that Shaquille’s second oldest daughter did have a boyfriend in the past. In 2020, she posted a series of Instagram stories, after her 19th birthday. She posted images and videos where it seemed like Amirah spent time with her boyfriend. Amirah also tagged the man in the video with a heart-shaped emoji next to it.

It seems like Shaquille’s warning wasn’t scary enough for guys after all. However, Amirah’s current relationship status is unknown and she does not have images or videos online about her love life. With that said, could Shaq have had something to do with the couple breaking up if they did?