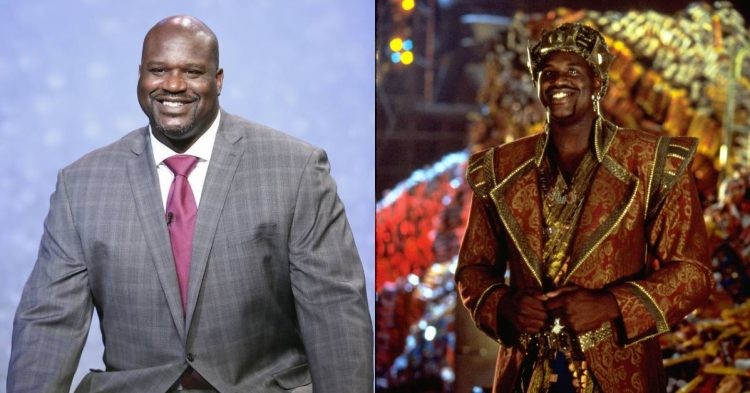 This world is filled with people who have differing levels of religious belief. Even in the NBA, there are some who believe in god to a great extent. Others remain steadfast atheists. Shaquille O’Neal is a very popular NBA player. He is a 4x NBA champion and helped Kobe Bryant and the Los Angeles Lakers win 3 NBA titles in a row.

With that being said, not all of us are familiar with O’Neal’s beliefs off the court and in the real world. Therefore, one may wonder what religion he follows and whether he even believes in the divine. Many people are under the assumption that he is Muslim due to the nature of his unique name. We should delve further into the truth to understand what Shaq believes in.

To be frank, there seems to be a connection between Islam and African American people. From Kareem Abdul Jabbar to Muhammad Alito Mike Tyson to Hakeem Olajuwon to Shaquille Rashaun O’Neal. Each has either changed religions to be their true self or was Muslim from the very beginning.

Do you know that Shaquille O’Neal is a Muslim? in 2010 he did reveal he intended to take the Islamic pilgrimage known as the Hajj to Mecca.

In Shaq’s case, we could already tell he wasn’t Christian due to his unique name. He once revealed that his name literally translates to ” Little Warrior” in Arabic. Moreover, O’Neal has referred to fellow NBA player Hakeem Olajuwon as “Another Muslim brother.”

These factors allow us to conclude that Shaq is indeed a follower of Islam. However, when asked about his religious beliefs, he gave quite a balanced and neutral answer due to the prejudices held against his religion by the modern world.

Um, obfuscating about your religious identity doesn’t make you a ‘people person’.

Many African American athletes and personalities turned their backs on Christianity and began practicing Islam when they found out the religion colonized and made them slaves. This is quite a powerful motivator to change one’s identity and we can understand why Shaq doesn’t feel like following Christianity or at least including it on the list. Moreover, he has even admitted to wanting to make the Islamic pilgrimage trip to Mecca, Saudi Arabia.