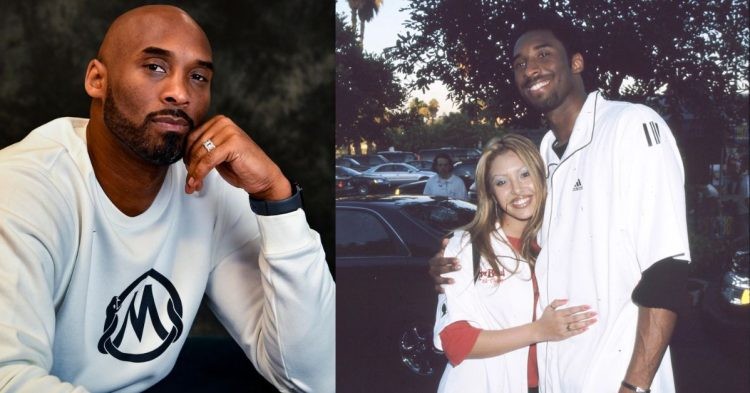 The late Kobe Bryant is best known for his accomplishments throughout his NBA career. However, people do not know much about how he met Vanessa and the events that followed. As most NBA fans must be aware, Vanessa Bryant is Kobe’s widow and the mother of his 3 remaining children.

Unfortunately, their romance story and relationship soon came to a sudden end almost three years ago when Kobe and his daughter Gianna were killed in a helicopter accident. Thankfully for some of us, Bryant had already shared the emotions he felt when meeting Vanessa and the circumstances surrounding it. One must certainly want to know how they met and soon fell in love. After all, she had nothing to do with his NBA career and met him outside of it.

Some people claim that NBA players secretly dream of being rappers and musicians. We have already seen stars like Damian Lillard and Shaquille O’Neal try their hand out in this domain. Well, it turns out that a young Kobe Bryant was no different and wanted to produce a music video. He revealed that he ended up meeting Vanessa Laine (at the time) and described the feeling of falling in love with her.


“I had a budding career as a rapper. Didn’t last long but I did make a video and on the video set is where I first met Vanessa. I wasn’t some big-time basketball player at the time either so it was like ‘pleasure to meet you’. It was a two-day video shoot and I was always looking for her like  I wanted to know where she was and I would finish the take and go to my trailer but I wondered where she is the entire time…She wrote her phone number down, I called her the very next day and we talked for hours…She was just beautiful.”

Kobe went on to share how both he and Vanessa had several interesting mutual interests like Disneyland. They were able to visit it when they were still dating. As we all know, their relationship grew over the years and she became both his wife and the mother of his 4 daughters.


It is truly tragic that Kobe had to leave them all behind and pass away. Despite the controversies that surrounded their marriage, there is no denying that Kobe Bryant was a good husband and father. We hope that Vanessa and the rest of his family can eventually move on from this terrible tragedy.