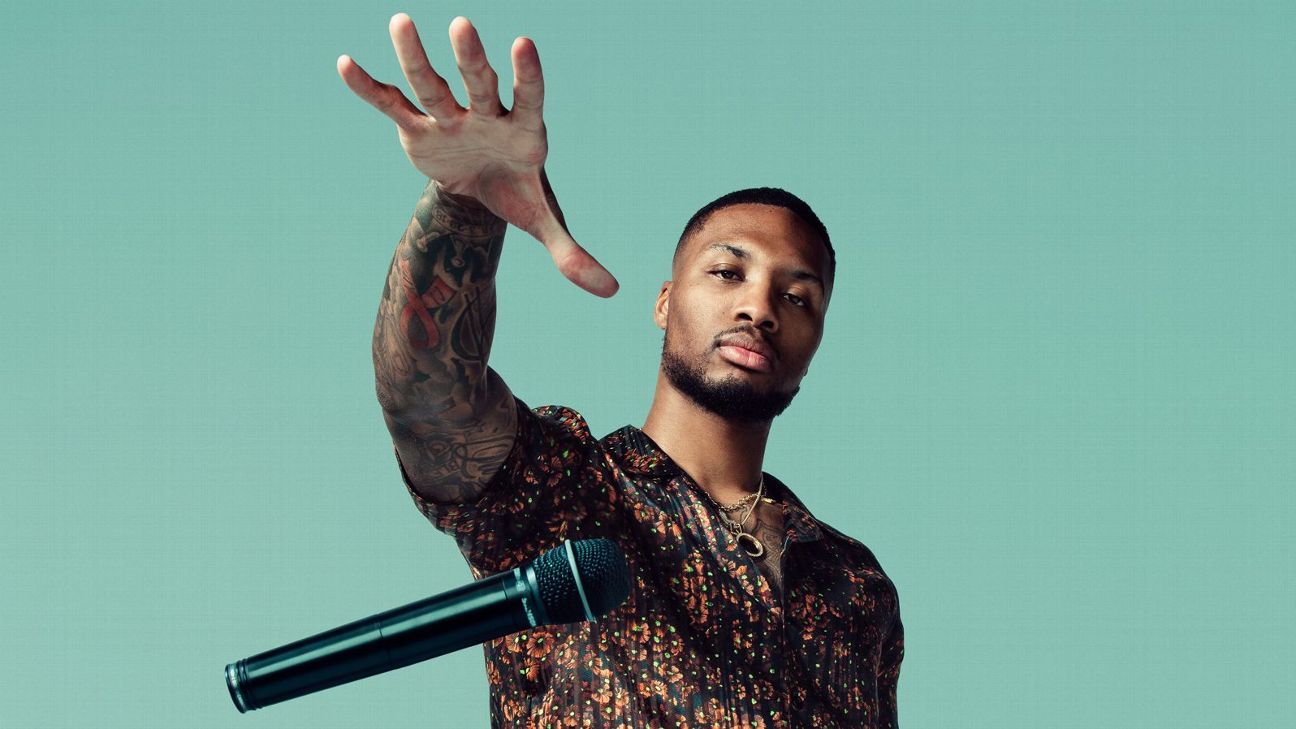 Damian Lillard, Portland Trail Blazers All-Star point guard, is one of the most entertaining basketball players on the court. When he’s not playing basketball, he can be found releasing rap albums in the music industry. Lillard is usually in the news for the heat he brings to the floor when he plays for the Blazers. But this time, he is making headlines for the new rap album that he is going to drop pretty soon.

Everything you need to know about the new album, Dame D.O.L.L.A

Lillard teased his fourth and upcoming rap album as Dame D.O.L.L.A, his rap name, on Instagram a few days ago. He posted a photo of what seemed to be a shoot for album art or a music video in the Californian desert. Considered by many as the best rapper in the NBA, Dame D.O.L.L.A released his first album The Letter O in 2016. He dropped his second album Confirmed a year later. In 2019, he critically acclaimed Big D.O.L.L.A, his first album with his record label Front Page Music, and further staked his claim as an artist.

Lillard’s latest album includes features from big music stars like Lil Wayne, Jeremih, Jadakiss, and G-Eazy. Damian Lillard also released an original song named “About That Time” with G-Eazy, P-Lo, and White Dave. He also joined LeBron James as a co-star in the movie Space jam: A New Legacy, in which his song “About That Time” was featured.

Also read: Tokyo Olympics 2020: How Many Points Did Kevin Durant Score in Semi-Finals Against Australia?

Damian Lillard’s rap name is Dame D.O.L.L.A which stands for Different On Levels the Lord Allows. He started rapping in the ’90s as he hung out with his cousin Eugene Vaquez. His other cousin Brookfield Deuce who was a local Oakland rapper was also had a big impact on Lillard.

Lillard dropped his first full-length single “Soldier In the Game” on SoundCloud back in July 2015. On October 21, 2016, Lillard released his debut full-length album The Letter O.  On October 6, 2017, he dropped his second album Confirmed. He released his third album Big D.O.L.L.A,  on August 9, 2019. He has his own record label Front Page Music which his cousin Brookfield Deuce on its roster. His single Kobe which features Snoop Dogg and Derrick Milano is part of the soundtrack for the video game NBA 2k21.