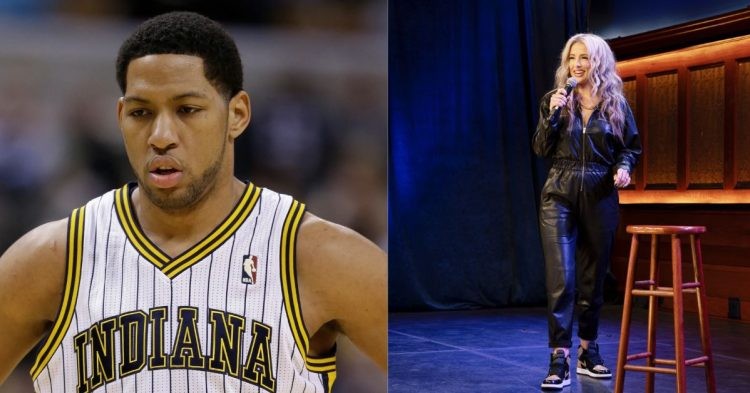 In the NBA, we haven’t had many Jehovah’s witnesses. So far, there has only been three. They are Darren Collison, Danny Granger and Dewayne Dedmon. Not many would have known these three players but they have come into the spotlight very recently.

The main reason for that would be stand-up comedian Brittany Schmitt’s recent revelations. During one of her shows, she mentioned that a former NBA player called her to mention that he was now a Jehovah’s witness. Moreover, he also claimed that she should repent for the sins she has committed.

Schmitt has sent the world into a frenzy of curiosity as fans tried to figure out who it could be. To make it easier, she even said, “he’s the light-skinned one”. From that point onwards, many started to believe that it was former Indiana Pacers player Danny Granger.

Many have reacted to Danny Granger after the comedian’s bizarre revelations. Although the pair have never been spotted together and there’s no concrete evidence, people still believe that it is in fact Granger himself.

One Twitter user tweeted, “Danny Granger a freak”.  It seems like Danny is receiving a fair bit of the attention since Schmitt said that it was a light-skinned player. The fan has called the former NBA player a freak in relation to Schmitt’s expletive jokes during the show.

Danny Granger appears to be really close to his cousin Keith 🤣 https://t.co/Krtjdixoqj

One wrote, “Danny Granger appears to be really close to his cousin Keith.” Many did their research and found out that Granger does not actually have a cousin with the name. However, that doesn’t change the fact that his relationship with Schmitt is now public to the entire world.