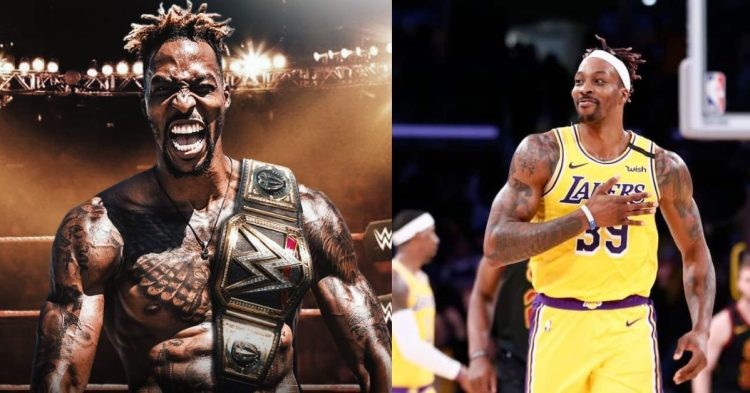 Dwight Howard is a former NBA player and is considered one of the best centers in the modern generation. He was instrumental in LeBron James and the Los Angeles Lakers winning the 2020 NBA championship. Howard has been in the league for many years now and is a veteran player now. It looks like his time in the NBA is over as he has not been signed on by any team for this season.

Hence, he has already started making plans for the future and deciding what he wants to do with the rest of his life. Dwight has always shown a passion for wrestling. He has even indicated that he might pursue a career in the WWE.

The 2020 NBA champion was recently interviewed by famous YouTuber Jake Paul. They discussed his plans for the future and even commented on how Nick Young’s boxing debut went. Most of us remember Swaggy P during his time with the Lakers. But do not know how he has done in the boxing world. We should wonder what Jake and Dwight discussed.

Almost every group of siblings, especially boys seem to have undertaken in replicating stunts they have seen on WWE with their elder or younger brother. That is exactly what happened when Dwight was a young child. He revealed that wrestling with his brother made him believe he had a future in the sport after all.

Jake Paul asked Dwight Howard when exactly he got interested in the WWE. Howard’s response certainly spiked the interest of all the people listening to him.

“Awh man yeah I’ve been a big wrestling fan my whole life I actually broke my brother’s leg wrestling, I did the whole leg drop, well not his leg his arm. And I was like man I’d probably be a great wrestler after I play basketball. So yeah maybe one day I’ll get in the ring, you know, have a good time.”

New episode of @BSJakePaul out now!

We have @DwightHoward open up about his future in the NBA, debunking the Draymond Green/Jordan Poole scuffle and joining the WWE..👀👀

The ring can refer to both the WWE as well as the boxing ring. Thus, hearing it caused Jake to prompt Dwight about a potential boxing career in comparison to one in the WWE. He also went on to mention that Nick Young AKA Swaggy P was brutally knocked out during his first boxing match.

“Well you know I trained a lot with boxing and different types of martial arts. but yeah I really just continue to do what I’m doing…Oh my god, he got knocked out the ring right? Oh yeah that was pretty bad.”

To those who do not know, Nick was knocked out with a brutal forearm blow when he dropped his guard for a split second. We should hope Dwight is more careful if he does indeed pursue a career in either boxing or WWE.