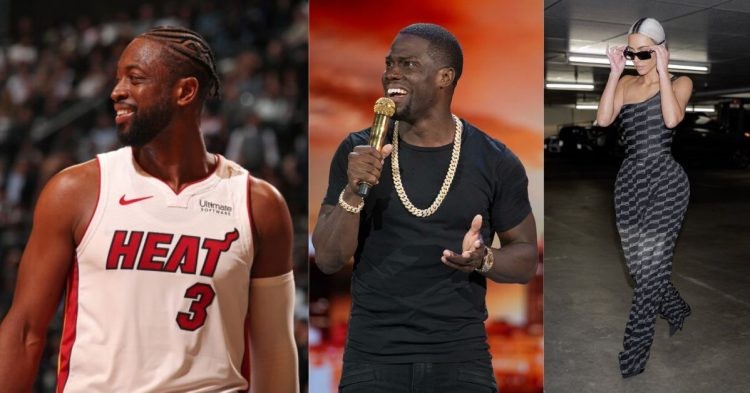 California is currently going through a drought right now and the state’s officials have served some of the world’s biggest stars with notices. Former NBA star and Miami Heat player Dwyane Wade is one of them. He is one of the residents living in California currently.

D-Wade lives with American actress Gabrielle Union and their daughter Kaavia James Union Wade. Recently, reports have emerged saying that they broke the law and had to face the consequences. Amid the extreme water drought in LA, the county has placed monthly limits for every household in the city.

That wasn’t the only time Wade did this. In May, the numbers were even worse. His family used around 480,000 gallons more than they were supposed to. His family even released a statement to the paper a while ago. “We have been doing everything we can to rectify the situation and will continue to go to extensive lengths to resolve the issue,” the statement mentioned.

Kim and Kourtney Kardashian, Sylvester Stallone, Kevin Hart, and Dwayne Wade have received notices to cut back on their water usage in California after surpassing consumption by 150% multiple times since last year.

The state is currently facing its worst drought since the 1800s. pic.twitter.com/SwT0ekdw9R

The Wades also said, “We have replaced all parts of our pool system to do with water flow and leakage. In addition to converting to synthetic grass and drought tolerant plants to reduce our water usage. We will continue to work with the city and the water distribution company to make sure this isn’t an issue moving forward”.

Wade wasn’t the only one. Other A-listers such as Kim Kardashian, Sylvester Stallone, and Kevin Hart were also issued a notice for the same.

Reports say that the former NBA champion’s house used up more water than any other household in the area. Although this may seem like such a trivial issue, it is quite significant for the people living in California. It is currently going through one of the worst droughts seen in history. And for famous personalities to be inconsiderate does not help their image and reputation.