NBA Star Miles Bridges Runs Away After Alleged Physical Altercation With a Woman; Returns Back to Turn Himself In 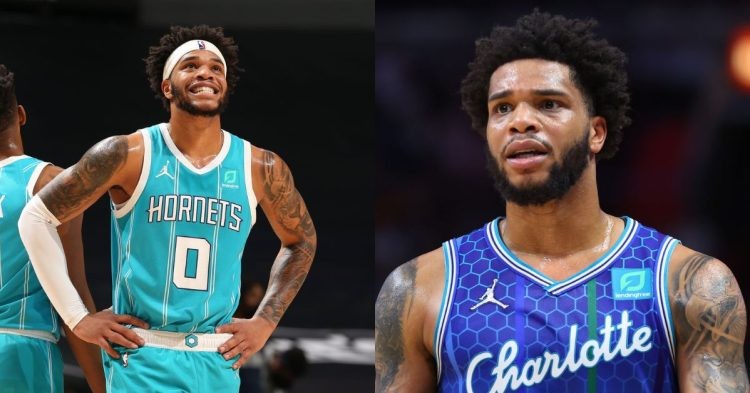 Charlotte Hornets star Miles Bridges was arrested for felony domestic violence in Los Angeles on Wednesday. The 24-year-old star allegedly had an argument with a woman, which later resulted in a physical altercation as reported by TMZ.

When the police arrived at the scene, they reported that the victim needed instant medical attention. Hopefully, the victim is okay and nothing serious has happened to her.

Miles Bridges was arrested for felony domestic violence after an alleged physical altercation with a woman, per @TMZ_Sports

Bridges reportedly ran away from the scene on Tuesday. However, later came back to turn himself in to the police on Wednesday. His bail was set at $130k, which is paid but the stain of this incident if proven guilty will follow him for the rest of his life.

Miles Bridges in this free agency was supposed to get paid. Many teams like Detroit, and Pacers were planning to pay him a max contract.

How will this incident affect Miles Bridges’ free agency contract?

Bridges was supposed to get paid for all the wonders he did last season. The NBA star averaged 20 points, 7 rebounds, and 2.8 assists per game on a staggering 59% from the field. He was one of the most improved players. Miles in just a season increased his averages by 7 points

He was also among the leaders in points in paints (840). Teams around the league were moving pieces so that they can pay Miles Bridges a contract that can get him out of the Hornets.

It was reported that the Hornets earlier made a qualifying offer, which makes him a restricted free agent. So now, no matter what other teams might offer, the Hornets can match that exact offer to keep their star with themselves.

However, now due to this allegation, all the deals might come to an end for the time being. No team wants to relate themselves to an offender.

Even worse is that he allegedly laid hands on a woman, until he is proven innocent, all his deals might be on hold until the final verdict is out.