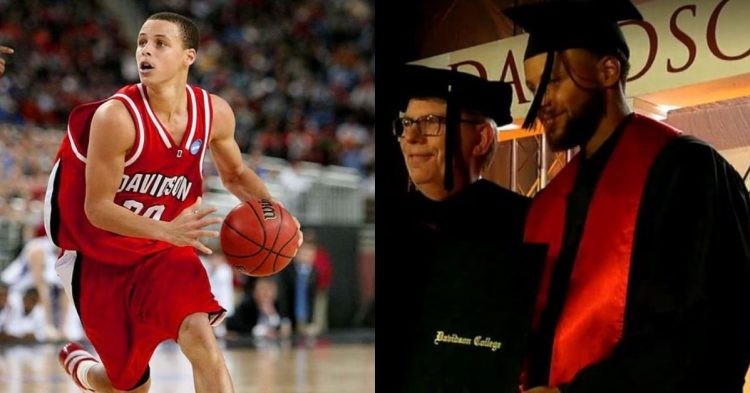 Stephen Curry is a professional basketball player from the United States who is also known by the nickname “Steph.” He represents the Golden State Warriors in the National Basketball Association (NBA). The name Stephen Curry is one that will undoubtedly be recognized by basketball fans all around the world.

This is not surprising because we are always in awe of this exceptional basketball player’s prowess and fantastic style of play whenever he graces the court. Stephen Curry recently graduated from Davidson College after leaving to play in the NBA.

Steph says of his early education, “I think Montessori School helped me become the person I am today. Montessori gave me a lot of confidence at a young age. I used to love coming to school because there’s something new, I was gonna learn every single day. I think it’s a good fit for anybody because you can go at your own pace and take your time and each kid can find a way to learn the best that they can.”

After his father joined the “Toronto Raptors” club, the family spent a brief period of time there. Stephen led the boys’ basketball team at Queensway Christian College during this time, leading them to an unbeaten season. He enrolled at “Charlotte Christian High School” after the family relocated back to Charlotte.

While attending Charlotte Christian School, Stephen earned an all-conference and all-state citation and had a high school GPA of 2.5.

Coach Seth Greenberg turned him down. Despite the fact that he intended to enroll at “Virginia Tech,” where his father had attended college. Coach Bob McKillop persuaded Steph, after seeing Curry’s potential when he watched him play at the age of ten, Curry eventually enrolled at “Davidson College” in November 2005.

Stephen attended Davidson College for three full years before declaring himself eligible for the 2009 NBA Draft.

While in Davidson Steph averaged 25.3 points, 4.5 rebounds, 3.7 assists, 2,1 steals, 46.7% shooting and 41.2% three points shooting per game. As a student at the college, Stephen was working towards getting a degree in sociology, but because he dropped out a year early, he was unable to finish his studies and obtain his degree.

To receive his Bachelor of Science in Sociology, the 34-year-old had to finish one semester of school, which he did in May. In addition to obtaining his diploma, Curry is now a part of the Davidson College Hall of Fame. And has his now-famous No. 30 jersey number retired by the school.

Curry is the first player to have their jersey retired at Davidson College, WBTV reports. Thousands of students, fans, and some of Curry’s family members were present during the ceremony.