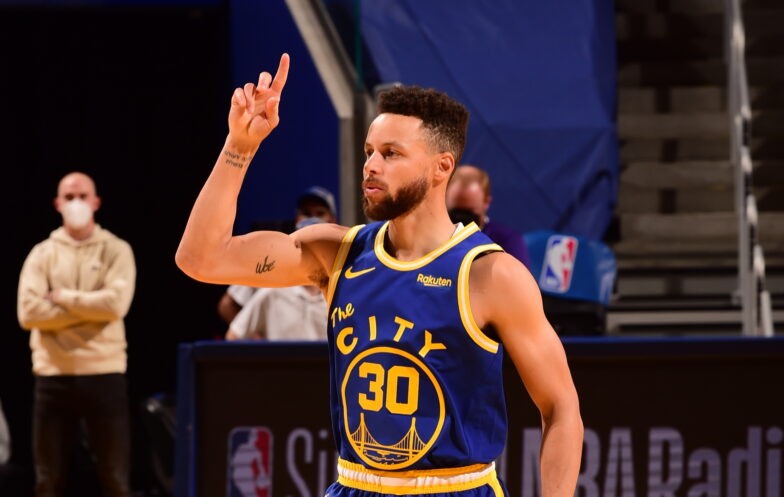 Stephen Curry is the star point guard for the Golden State Warriors.  Curry has been regarded as the greatest shooter in NBA history by many analysts and players. He is known for his crazy handles, amazing accuracy and the celebrations that come after every three-pointer he drains. Stephen Curry has won two NBA MVP awards and three NBA Championships. Steph also won an ESPY award in 2015 for best Male Athlete and Best NBA Player. Curry has now added another ESPY award to the list.

The fans have spoken and it’s official. Stephen Curry is the Best NBA player according to ABC’s annual Excellence in Sports Performance Yearly Awards. The show took place in New York on the 10th of July 2021.

None other than Stephen Curry 😎 pic.twitter.com/Jrg9dqsy0M

Steph truly deserves the award. The warriors may not have gone all the way this season but Curry made sure he cooked the best meals. Stephen Curry finished the season with 32.0 points per game. he shot 48.2% from the field and 42.1% from the three-point line. He also has 5.8 assists, 5.5 rebounds in 34.2 minutes over 63 games.

The year has been delightful Curry, he also passed Reggie Miller on the NBA all-Time 3 pointers list with 2,561 three-pointers and is eyeing to take the top spot over Ray Allen in the next few seasons. He is also currently the Golden State Warrior’s all-time leading scorer. Stephen Curry was unable to attend the EPSY Awards in New York as he is now taking part in a celebrity golf tournament at Lake Tahoe.