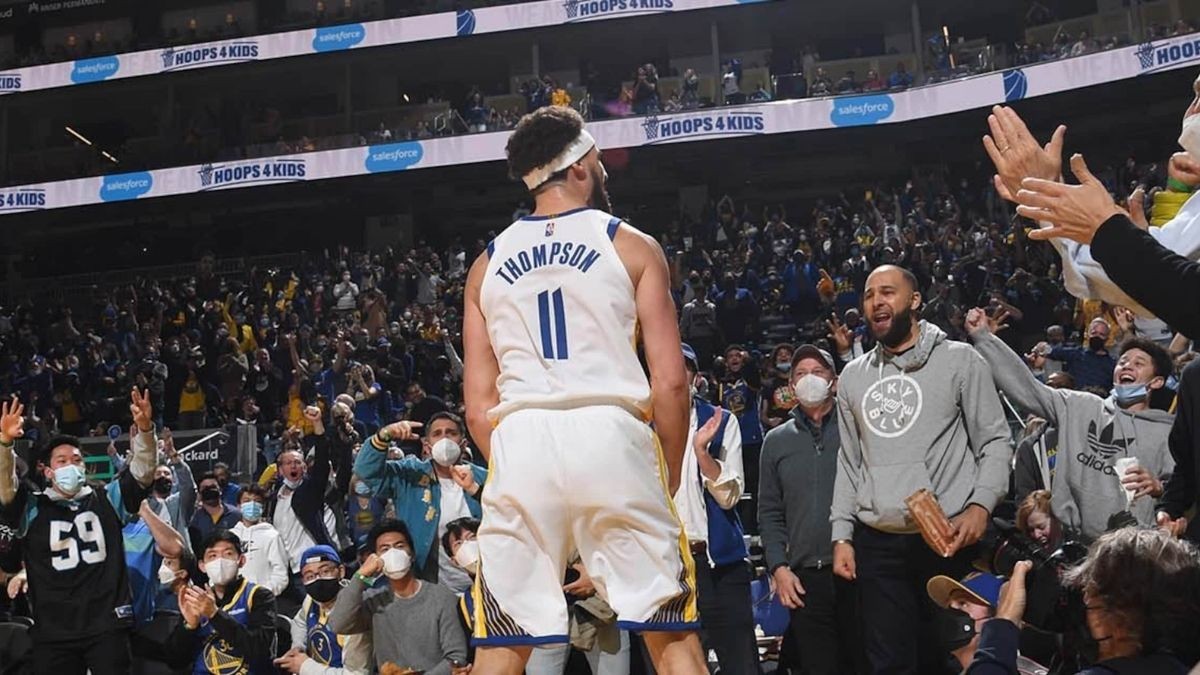 Finally, after 941 days, we got to see Klay Thompson back in action. It was a night to remember. It was nothing short of spectacular. The ambiance of the Chase Center was like Game 7 of the finals. The crowd cheered and celebrated his return.

Klay Thompson scored the first basket of the GSW. There was a question in many people’s minds that will be 100% healthy. His poster on Lavar Stevens certainly answers our question. He crossed up Jarret Allen and dunked it all over Lavar. He also got hot in 3rd quarter, scoring 3 straight buckets. Showing off his mid-range and 3 point shooting. the league is in trouble. The splash brothers are back. Klay ended the night 17 points on 3 of 8 shooting from behind the arc.

NBA stars react to the return to Klay Thompson on Twitter

Today was all about wholesome moments. No one was happier than his other splash brother Stephen Curry. Curry’s son Cannon came into the locker and gave the game ball to Klay Thompson. Klay bein Klay roasted his Steph on Instagram saying “Already better court vision than his pops!”

Many other NBA players also reacted to his return. Like Dwayne Wade, Patrick Beverly, Jayson Tatum reacted on Twitter saying that the game missed you and it’ll his night forever. Even NBA players are happy for the 5 times All-Star.

The game missed Klay. Happy to have you back champ! https://t.co/285jvOxlwc

Obviously, Curry reacted by posting a video dedicated towards Klay on Twitter and also changed his DP on Twitter, which is now a funny photo of Klay Thompson.

Magic Johnson also welcomed back Klay in a funny way basically wishing him luck against everybody but except his beloved team with whom he won his 5 rings i.e the Lakers

Welcome back to a future Hall of Famer and Golden State superstar Klay Thompson! I hope you have a healthy season. Good luck against everybody except my @Lakers LOL ????

Now, with Klay’s return, the Dubs are back with their championship aspirations. Already a team with the best record in the NBA is going to get better both defensively and offensively. The Splash Brothers are going to take the league by storm alongside Draymond and Iguodala.