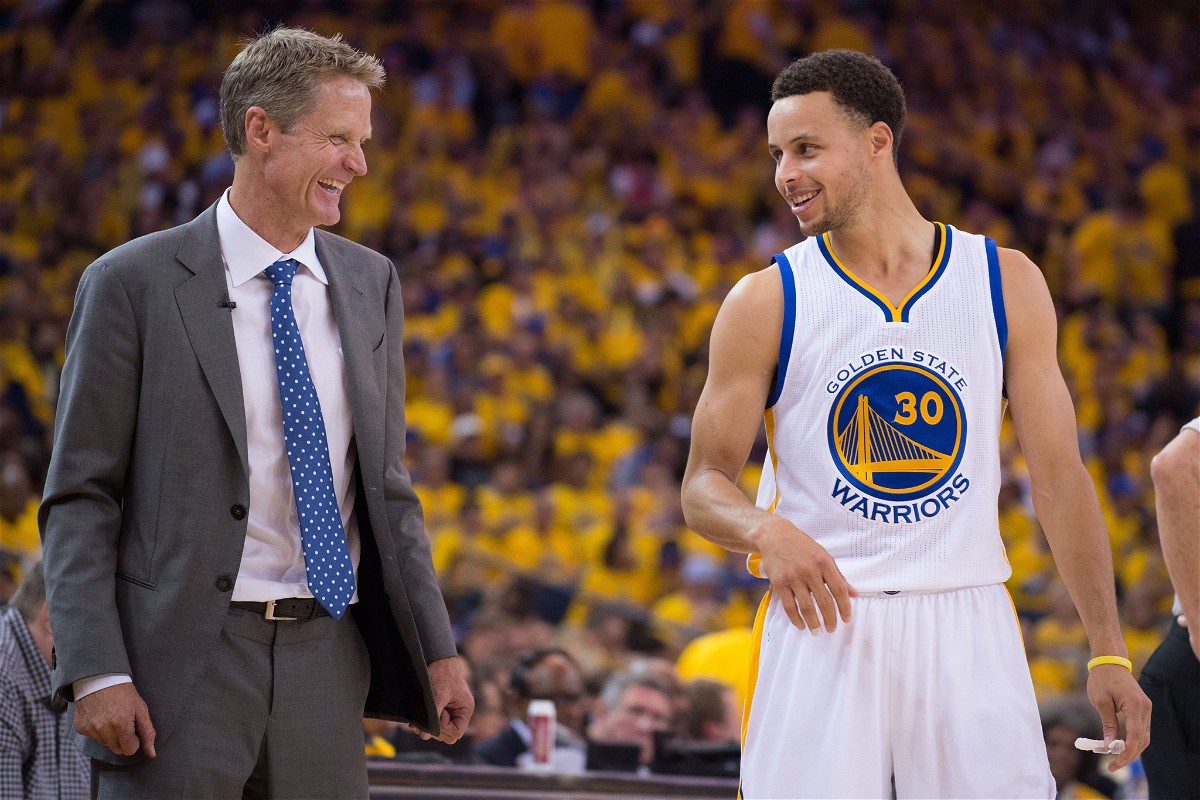 It’s time. It’s what every Warriors fan has been waiting for. The time-the game where Stephen Curry will pass Ray Allen to take the no. 1 spot on the all-time 3 pointers made (Regular season) list. Everyone is excited about the possible record, so are the reporters. But the Warriors coach, Steve Kerr had other plans. When asked about the possible record in a recent post-game interview, Steve Kerr indicated that he will be resting Stephen Curry against New York Knicks (so that the record will not be set tomorrow).

Common Steve, we know that smile. People are quite aware of you, and the great relationship you have with Steph. So please give us a break. Anyhow, Steph is only 2 three-pointers away from breaking Ray Allen’s 2973 count in the NBA regular season and shall be achieved in the Knicks game. Steph has rarely made less than 2 three-pointers in a game so we can be pretty sure about the venue (Madison Square Garden), date (14th Dec 2021, 7:30 PM ET), and the opponent (Lucky Knicks to be in the record book) for the milestone.

Curry will play in MSG vs Knicks, two 3s from the record pic.twitter.com/uS5FfgeR7I

Also Read: NBA Comparisons: Who Is the Better 3-point Shooter Between Stephen Curry and Ray Allen?

The wait for Stephen Curry record has been longer than expected

People and the whole of the NBA have been talking about Curry breaking the Ray Allen record for a long time now. This game was the game for the record. Stephen Curry needed 7 3-pointers to reach that milestone but managed 5 out of 15 shots.

When asked about the record, Stephen Curry in all smiles said that he is currently enjoying the moment, knocking on the doorstep. Also mentioned that he has learned one thing from the last games that one should keep playing basketball, keep taking shots and try to let it happen. He appreciated the crowd support in an away game also.

Steph also emphasized the fact that Indiana Pacers were defending well. The game went on till the dying moments, as it was 100-100 with 48 seconds on the clock when Curry scored with the figure-roll layup. Finally, Loony’s put-back 2 pointer won the game for Golden State Warriors, as the Pacers could not score in the last 13.2 seconds.

Is Ashleigh Barty Married? – All You Need to Know About Her Partner and Personal Life