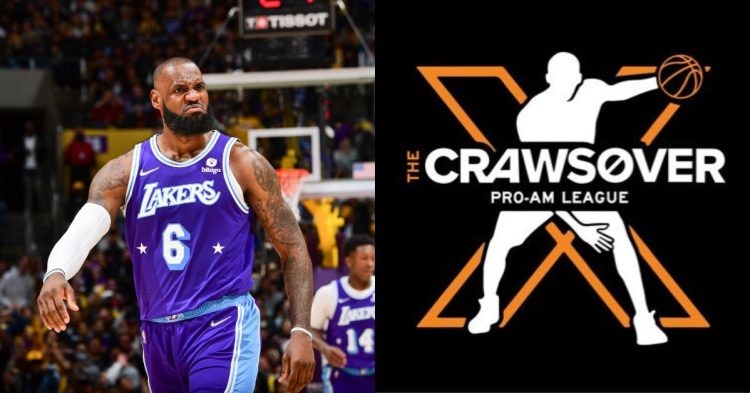 LeBron James has been at the top of the NBA for almost two decades now. The impact he has had on the league is remarkable. If that wasn’t enough, James has shown his class in other outings at other tournaments as well. The Los Angeles Lakers star featured in the CrawsOver Pro-am very recently.

SEATTLE!! That was SPECIAL yesterday!! WHOA 🤯🤯🤯. Even with us having to stop play because of things we couldn’t control! I appreciate the love and hospitality towards me and my folks who came along for the show! 🫡 to @JCrossover @DejounteMurray @isaiahthomas. 🙏🏾🤎👊🏾👑

The Crawsover Pro-am is a summer league that was once known as the Seattle Pro-Am Basketball League. Jamal Crawford, an NBA veteran, founded the league. LeBron has featured in this year’s edition. A few other NBA players also joined him, including Jayson Tatum, Chet Holmgren, and Paolo Banchero.

King James thanked the fans who supported him during the game. He tweeted, “SEATTLE!! That was SPECIAL yesterday!! WHOA. Even with us having to stop play because of things we couldn’t control! I appreciate the love and hospitality towards me and my folks who came along for the show!”

Despite @thecrawsover game being called off early, LeBron James & Jayson put on a show for the Seattle crowd 🔥pic.twitter.com/UQYNtpTgwJ

Unfortunately for the fans, the game organizers stopped the play due to an issue in the arena. Many have claimed that the temperature on the court was too hot for everyone and humid at the same time. Due to the high temperature, the floor became too slippery and even caused a player to fall. Many NBA athletes were playing at the game. To make sure things don’t take a turn for the worst, the game stopped.

Despite playing for a limited amount of time, LeBron showed his class at the Crawsover Pro-am this year. One of his best highlights of the game was the link-up with Jayson Tatum for a dunk. He also made another big dunk that the crowd seemed to love. The NBA stars may not have had a game they wanted, but they surely gave the crowd a show.