"That was to shut them the f**k up": Julius Randle Tries to Justify the Thumbs Down Gesture to Fans 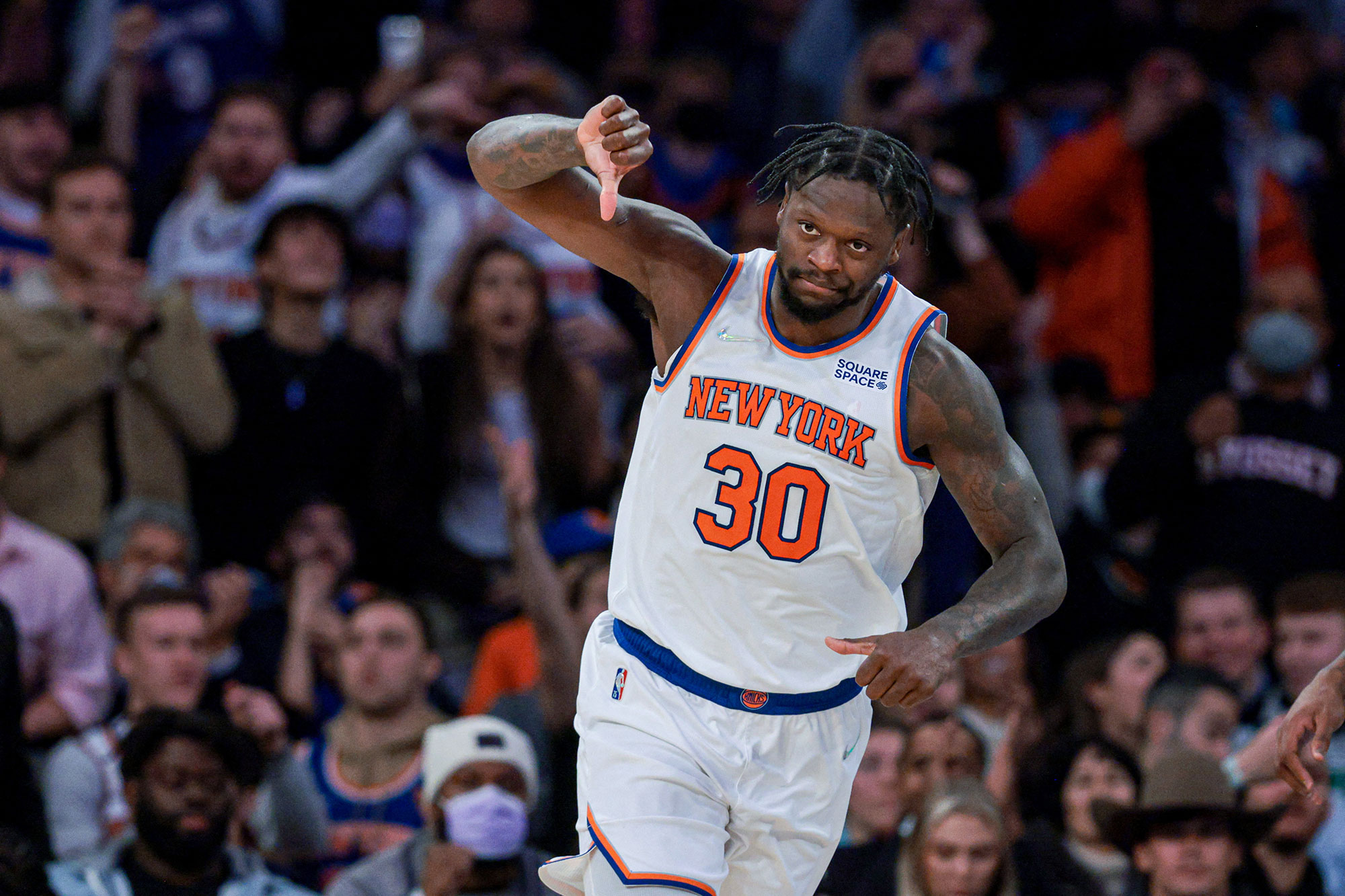 Julius Randle blew up the internet after showing a thumbs down to the New York Knicks. The Knicks are one of the famous franchises in American sports. The Madison Square Garden is the Mecca of basketball. For example, every superstar like LeBron James, Stephen Curry, Jordan, etc. loves to play here.

However, the team itself has not been good for 2 decades. The Knicks acquired Julius Randle from the Pelicans and showed a sign of revival. With Randle leading the charge with Derrick Rose, RJ Barret they were the 4th seed in the Eastern Conference. Although it was their first appearance in the playoffs after 7 years, it ended in a disappointing loss against the hands of Trae Young’s Atlanta Hawks.

It was also discussed in Inside the NBA crew as Charles Barkley went on to say that players should not expect cheers from the fans when they are losing. But I disagree as a part of the team players and fans should be there when they are needed the most. Fans are the 6th man of every team and their cheering will only motivate them to play harder.

What were fans booing Julius Randle and the Knicks

The Garden has been struggling lately by a lot. Their head coach Tom Thibodeau, who won 2020-21 coach of the year has had struggles with the line-up. Knicks acquired an All-Star guard in Kemba Walker but has now completely fallen out of the line-up. Their defense as a whole is now ranked at 25th in the league. They give the highest 3 point percentage to the opposing team.

Although their defense and offense haven’t been above average. It always starts with the leader, Julius Randle, who won the 2020 most improved player. Randle had his greatest season last with a significant average of 24 points, 10 rebounds, and 6 assists. All these numbers have now plumetted down to his usual average of 19 points on 42% from the field.

It’s not just this, his shot selection has been worse than ever. He takes long 2s, which are of higher difficulty and less rewarding. Thus all these things led to a record of 19-20 in the Eastern Conference and one thing we know about Knicks fans is that if they don’t like what they see they’ll show their emotions in one way or another.