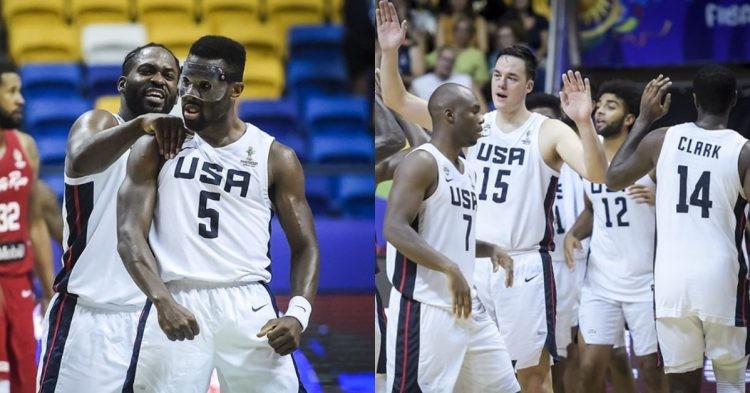 The 2022 AmeriCup has ended today and Argentina have emerged as the winners. It is their first AmeriCup title win since 2011. On the other hand, team USA were knocked out by the eventual winners in the AmeriCup Semi-Finals. They lost 82-73 to the South American country.

However, the tournament did not end there for the USA as they have pulled it back to win the bronze medal. Today, they played against Canada for the third-place. The game was a close one as the USA could only win by 4 points, in a game that ended 84-80.

In this year’s edition of the AmeriCup, there was no outright best performer if we’re being honest. It seems like the bronze win was a result of extreme team effort and hard work. However, one player that was one of the best players on the team was Gary Clark.

In the final game for the USA against Canada, Gary came up clutch. He made 18 points, 6 rebounds and 3 assists. The game wasn’t an easy one. The team had to persevere throughout the last quarter when they were losing 63-56. Eventually, they came back from the 7-point deficit in the last few minutes.

The head coach Alex Jensen said, “I’m happy for our guys. It was an honor to be a part of it.” To not give up and turn a potential loss into a wonderful win is something the team will remember for a while. Clark also commented on the medal win.

🇺🇸 @Gary11_Clark talks about the grind to get to the Bronze 🥉👏

He said, “It’s definitely been an experience for our guys. The weather’s nice. I think most guys were upset that they couldn’t get in the ocean because of sharks … but we’ve enjoyed our time here.” In addition to that, Gary also spoke about how the USA had to work to win the bronze medal.

About Gary, he signed a two-way contract a couple of months ago with the New Orleans Pelicans. They then turned the contract into a standard deal. His best performance for the Pelicans came against the Golden State Warriors when he made 17 points, 6 rebounds and 3 assists in the NBA.