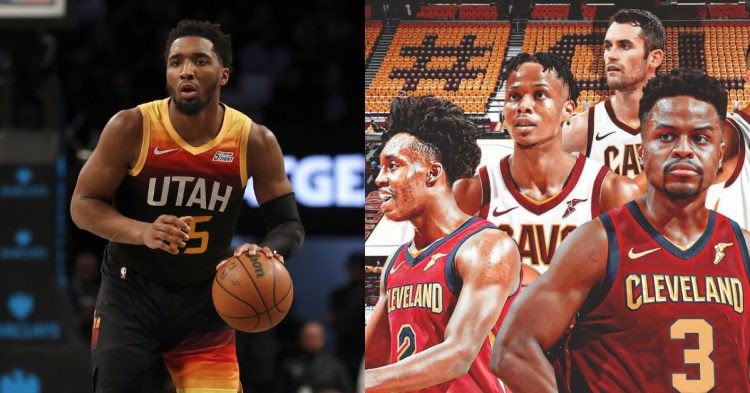 According to sources, the three-time All-Star Donovan Mitchell will be acquired by the Cleveland Cavaliers from the Utah Jazz in what is reportedly the biggest trade of the offseason. It was clear that Utah would rebuild this off-season after a dismal performance in the playoffs the previous year.

After it became evident that the Jazz were starting over after trading three-time Defensive Player of the Year Rudy Gobert. Mitchell, 25, was one of the most sought-after stars on the market.

On paper the Cavs have the best starting lineup in the NBA!!! They could potentially have 4 All-Stars next season. Carry the hell on…

Even after signing Garland to a maximum rookie extension this summer. Cleveland possessed one of the league’s cleanest cap sheets and the ability to free up cap room next offseason. Since Mobley’s rookie contract won’t expire until 2024–2025. the Cavaliers will have little trouble paying Mitchell’s $30–plus million paychecks throughout that time.

However, Cleveland should still have enough capacity under the tax line to re-sign both of its rotation free. Agents, Caris LeVert and Kevin Love, or keep one of them and use the non-taxpayer midlevel exception to add to the team.

Have the Cleveland Cavaliers made the right decision by going for Donovan Mitchell?

Even though it might take them some time to adjust to their combined usage rate of 60.7%, Garland and Mitchell immediately create one of the Eastern Conference’s most lethal offensive backcourts. Two offense-focused guards should be able to hide some of their natural defensive weaknesses thanks to Allen and Mobley.

The Cavaliers were the East’s No. 3 seed at the All-Star break this past season. On pace to win 50 games, before a series of injuries derailed their season. They finished 44-38, eighth place in the conference, but lost consecutive play-in tournament games to the Brooklyn Nets and Atlanta Hawks, falling shy of the playoffs.

In five NBA seasons, Mitchell had a 23.9 scoring average. In 67 games last year, he averaged 25.9 points and 5.3 assists, according to statmuse. Mitchell’s career-high scoring average was recorded in the 2020–21 campaign of 26.4 PPG.

In 39 playoff games, Mitchell has a 28.3 scoring average. Donovan Mitchell’s value will never be this low. With the Cavaliers, Mitchell will continue to play with a dominant big man. He can try to feed on every possession like he has become accustomed to doing.