by Jacob Abraham
in Basketball, NBA
0 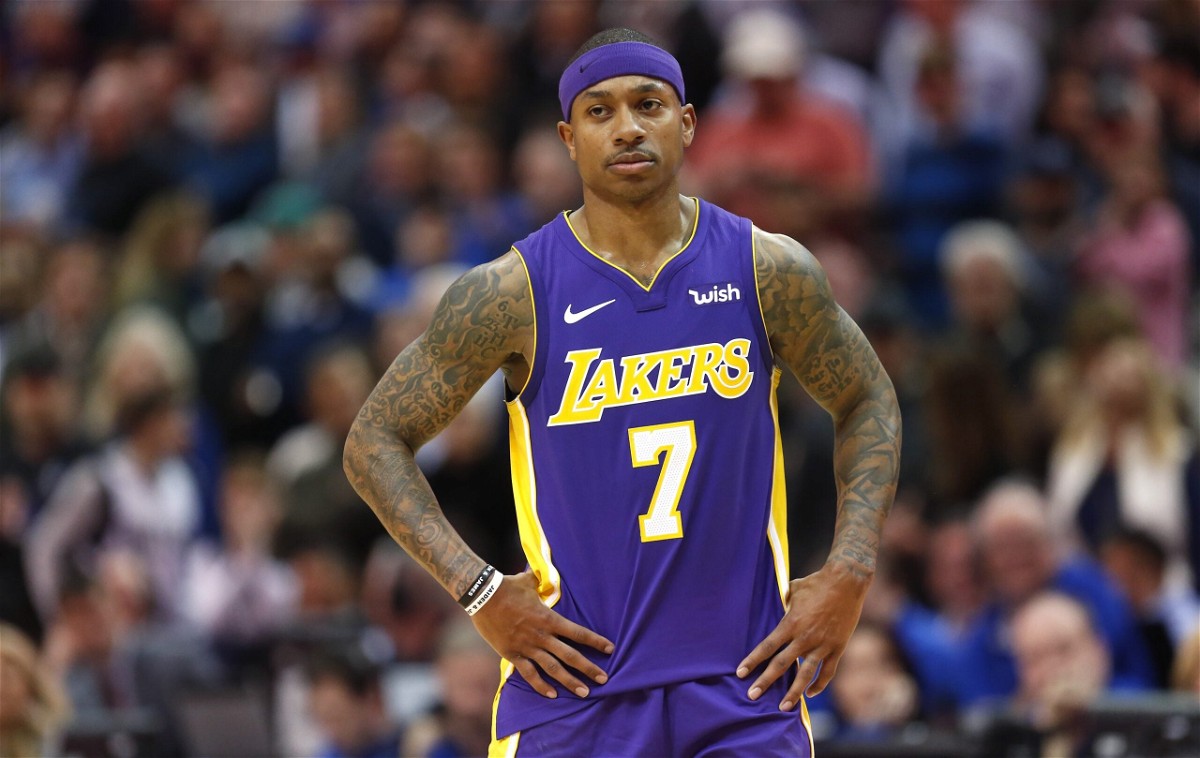 Isaiah Thomas is an American professional basketball player, who last played for the New Orleans Pelicans on a 10-day contract. This 5ft 9in point guard is known for his time at the Boston Celtics. He made the All-Star team and was a frontrunner for the league MVP position while playing in Boston. His game went downhill after he was traded to the Cleveland Cavaliers and then to the Los Angeles Lakers. Now the Lakers are looking to sign IT as their backup PG.

Isaiah Thomas would be a perfect fit for LA Lakers

Isaiah Thomas was the talk of the basketball world after a heartbreaking video of him crying his heart out went viral on Twitter. It was really heartbreaking for everyone who watched him play. Now as a ray of hope for all the IT supporters, the Los Angeles Lakers are considering signing Isaiah Thomas as per Marc Stein. Thomas previously adorned the purple and gold shirt in the 2017-18 season. That was not a good time in LA for him and was later traded to the Denver Nuggets.

Also Read: Isaiah Thomas Gets Emotional After Dropping 81 Points – “They Gave upon Me”

The Lakers have considered signing Isaiah Thomas, per @TheSteinLine pic.twitter.com/1QgsQogOEk

As reported, the Los Angeles Lakers have 3 roster spots left. They are eyeing potential youngsters from the Summer League and training camp. They also are trying to add an additional veteran experience to the squad with Isaiah Thomas who has been the talk of the town after a great Pro-Am run. The Lakers have always been the perfect destination for IT and as expected everyone slept on his talent. This was the case for Carmelo Anthony before the Trail Blazers signed him.

Veterans can be difference makers

Carmelo Anthony was trolled for almost a whole season, and everyone thought his career was over. The Portland Trail Blazers believed in his talents and IQ, Melo delivered. He averaged 15.4 points per game for Portland in his first season. We can see a similar story unfolding here in the case of Thomas. IT has improved his game in such a way that he can score on anyone. he’s immaculate from the perimeter and cheeky with steals.

The Lakers can use some more depth in its backcourt, besides IT’s scoring ability can provide a steady offence off the bench. Lakers will look into further possibilities of bringing Thomas to LA. This will be a redemption year for him if the Lakers move forward with this free agency signing.